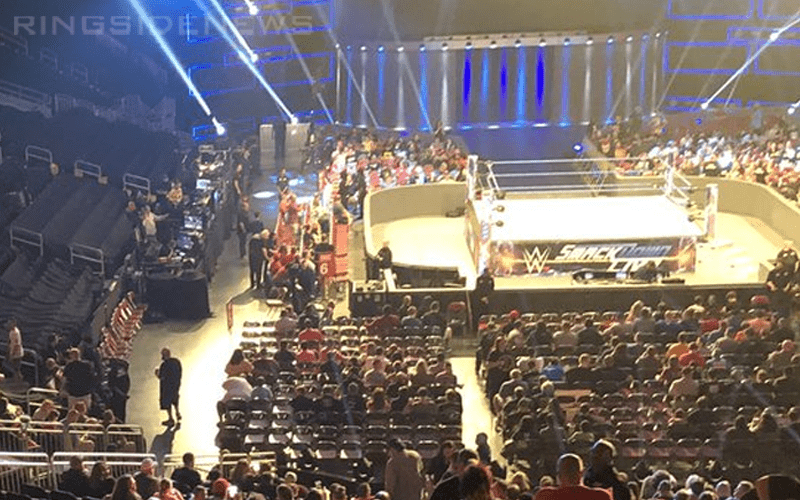 SmackDown Live took place in Louisville, Kentucky this week and it looks like WWE centering so many events around a single area hasn’t paid off. Because hardly anyone showed up.

As you can see from this picture uploaded by a fan from the event, things did not pan out as planned for WWE. Lower sections were tarped off completely and of course, fans were pushed toward the middle to make it look like a full house on television.

Here’s what you won’t see on TV… four lower level sections blocked off. Not a good look. Want to fill those seats? Bring Monday Night Raw to Louisville.

This might not be a problem if WWE would just book smaller venues, but that’s not Vince McMahon’s style. It might look full on television, but not sound like it. That is because practically every seat not shown on camera is vacant.