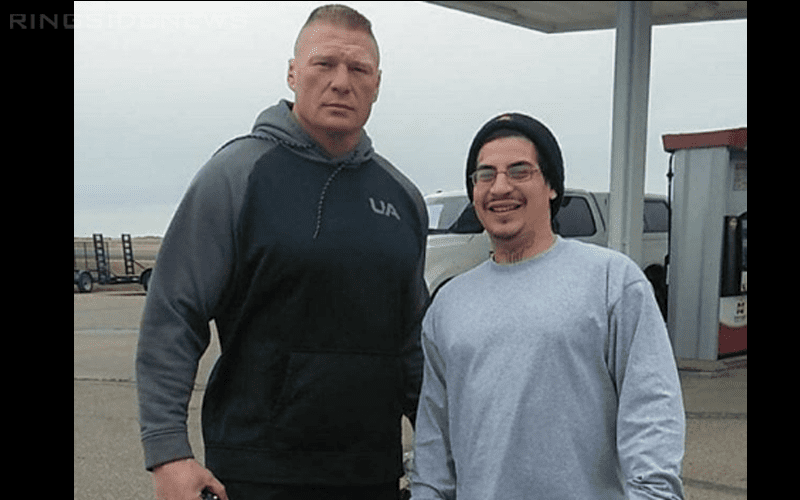 Brock Lesnar is a man that a lot of people wouldn’t normally walk to up in public, but one fan claimed he did and was very glad for it. However, it turns out his story was fake.

Reddit User Cocklel recently shared a pretty great experience that he allegedly had in Toronto.

He claimed to see Lesnar at a gas station and wondered what he was doing in the area. He said that Brock Lesnar was doing some charity work that he doesn’t like to make a big deal about.

This post included a photo of Lesnar and this fan. However, after six hours of activity on the Reddit forum the moderators finally realized this story was faked.

This story has already started circulating on the IWC and plenty of people are sharing a screen shot of the post which you can see below. We have also included a shot of the updated post which shows that it has been changed to “fake” status.