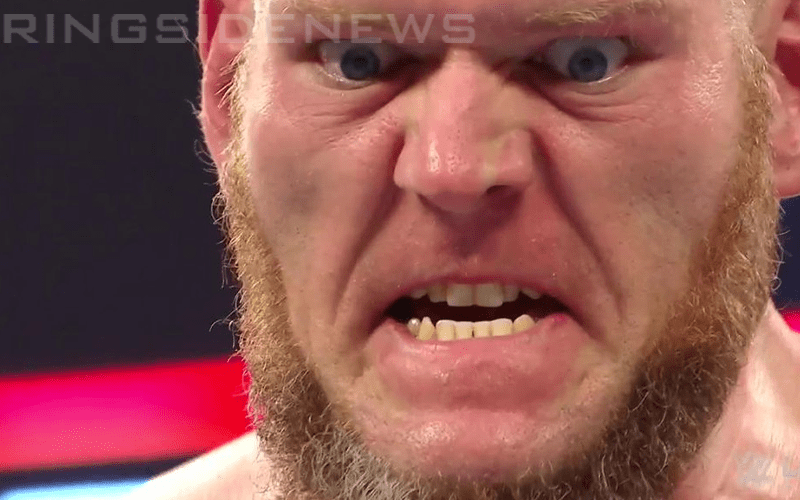 Lars Sullivan has been showing up on whichever show he wants to at this point and causing destruction. He was even blamed for Jeff Hardy’s recent injury even though that was not his fault at all. However, not all fans seem to be totally turned off by The Freak.

Sullivan will make a habit of hanging around on Instagram for a few minutes after he posts something to answer fan questions. Obviously, this can bring out some very honest replies.

One fan said to Sullivan, “Yo Lars, when will U shave ur beard? Ure really handsome but U will probably look better without a beard.”

Apparently, being handsome is not something that Lars Sullivan really cares about. Because he quickly replied with a short response to this suggestion about shaving off his facial hair.

Lars Sullivan would cut his beard off if WWE asked him to, but it is now a part of his character. At this point, Sullivan might have to ask WWE permission before he can shave it off.

Only time will tell if we will ever see a clean-shaven Sullivan, but it’s not likely to happen any time soon.