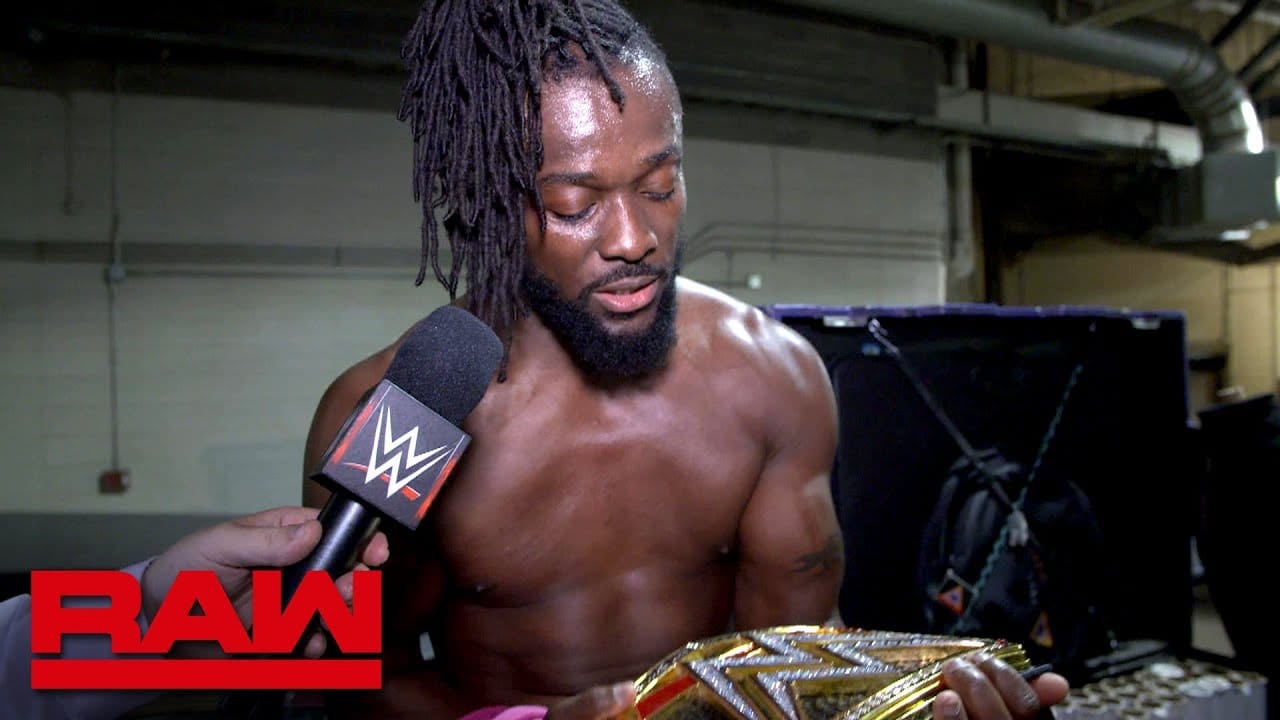 It’s safe to say that Kofi Kingston’s WWE Championship run hasn’t exactly gone perfectly up to this point, which serves as a direct contrast to the WrestleMania build-up before he actually won the belt from Daniel Bryan.

With that being said, even though it happened on Monday Night Raw as opposed to SmackDown Live, his rematch against Bryan last night certainly helped to re-ignite that flame we all first felt when KofiMania came into our lives.

Kingston isn’t expected to hold the belt for all too long and is considered to be a somewhat transitional champion by a lot of fans, but when has that ever stopped him from defying the odds? The guy is clearly having the time of his life as champion, and he’s clearly picking up some steam.

During an interview after the show Kofi was given a chance to reflect on the Wild Card rule that brought him over to Monday night’s show in the first place, as well as the actual match against DB itself.

Nobody is really 100% sure regarding who is going to come out on top at Money in the Bank between Kingston and Kevin Owens, who betrayed The New Day on SmackDown Live just a few short weeks ago. Owens is known for being a top level heel, but in equal measure, it’s hard to argue against Kofi deserving more time with the strap.

Whatever happens it feels like the belt is going to be in good hands, as the blue brand continues to reign supreme as the more entertaining show.