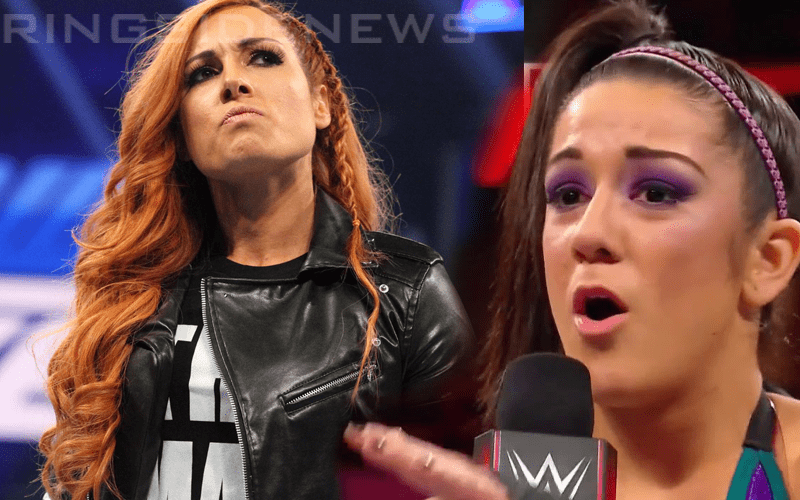 Bayley used to pal around with Sasha Banks, but then WWE broke them up. Now The Hugger is on SmackDown Live and she’s also on her own.

This isn’t Bayley’s first rodeo riding solo, but she has to get used to the saddle once again. It looks like Becky Lynch is going to be there to help her out a little bit along the way, but The Man isn’t looking for friends.

Lynch recently replied to a tweet from Bayley telling her not to be so “emo.” Then Bayley seemed to straighten up while saying the she is going to be more “edgy” like Lynch before asking if she wanted to fight backstage.

Becky Lynch replied with an animated gif from Star Wars saying that hate is only making Bayley more powerful. This was taken from an iconic scene that could have some similarities here.

At this time, Bayley is not set to face anyone in particular after losing an opportunity to become SmackDown Women’s Champion at Money In The Bank. That won’t stop Becky and Bayley from trading remarks to each other just in case WWE decides that Charlotte Flair has already received enough title shots in 2019.