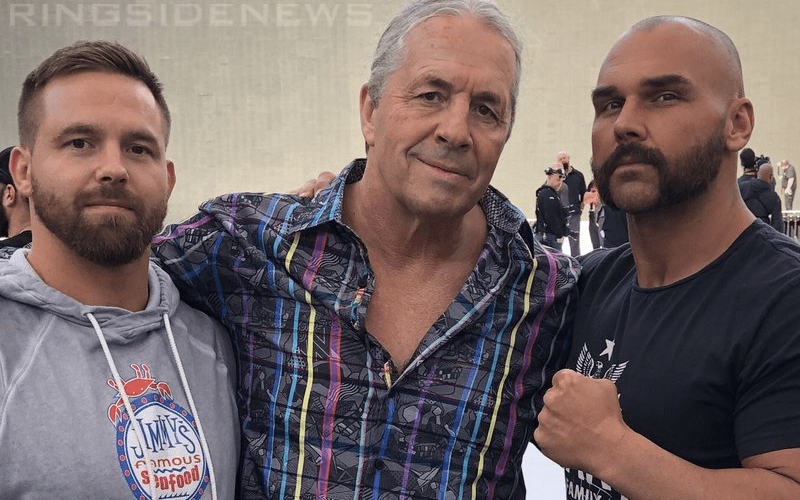 Bret Hart influenced millions of fans during his time in the ring. Two guys who he definitely made an impression on were Dash Wilder and Scott Dawson.

The Revival are still Top Guys in WWE, but they might be humiliated on a weekly basis now. All of that seemed to not matter as much to Scott Dawson as he sent out a picture of Bret Hart wearing a Revival t-shirt which included a pretty great message about how much it means to them that their hero is a fan of their work.

My hero. .
When your heroes become your fans, there ain’t too many things more satisfying than that. No amount of fame or money will replace the sense of pride and accomplishment I have knowing that we are “Hitman Approved”

Hopefully, WWE will start treating The Revival a little better. It might be the best tactic to take if they want them to accept the great deals that the company offered them.

Scott Dawson and Dash Wilder said that they are waiting to see how things pan out before signing new deals with WWE. At least Bret Hart is a fan which probably makes things much better for The Revival.