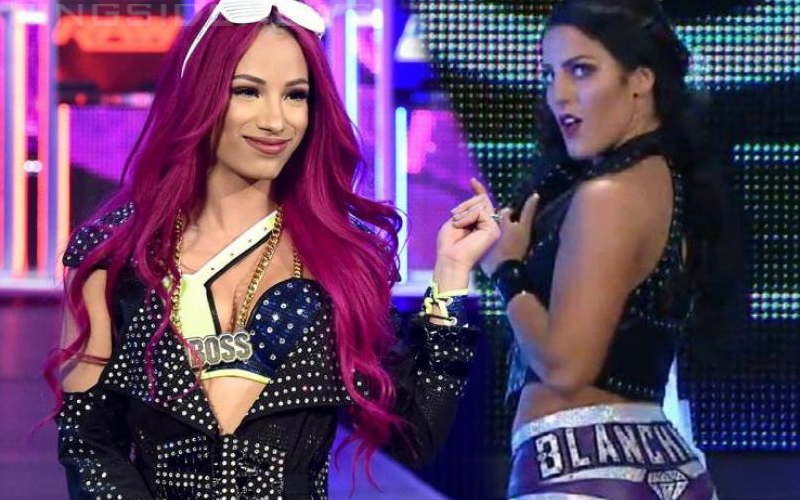 Sasha Banks told WWE that she wanted to quit the company. This was sort of unexpected, but she did not like WWE’s creative direction for herself, Bayley, or the WWE Women’s Tag Team Titles.

At this point, Banks and WWE are still apparently in a stalemate. The company could essentially keep The Boss under contract for as long as they want too. Her contract isn’t up for a long time as she just signed a new one last year and WWE has been known to tack on lost time to Superstar contracts.

Tessa Blanchard posted a picture of herself looking classy. A lot of people liked the photo and commented about how good Blanchard looked. However, Sasha Banks also commented in a way that should pique anyone’s attention.

This is a very interesting statement for Sasha Banks to make. Since Tessa Blanchard seems quite happy in Impact Wrestling it’s not likely that she will be leaving them any time soon. So this might have to happen either in Impact or the indies for that match to actually go down.

Of course, Sasha Banks would also need to get free from her WWE contract as well. You never know what can happen in pro wrestling.

You can check out Sasha’s comment below. So far none of the replies have been from Blanchard and she has yet to like the post from Banks either. It is still incredibly interesting.