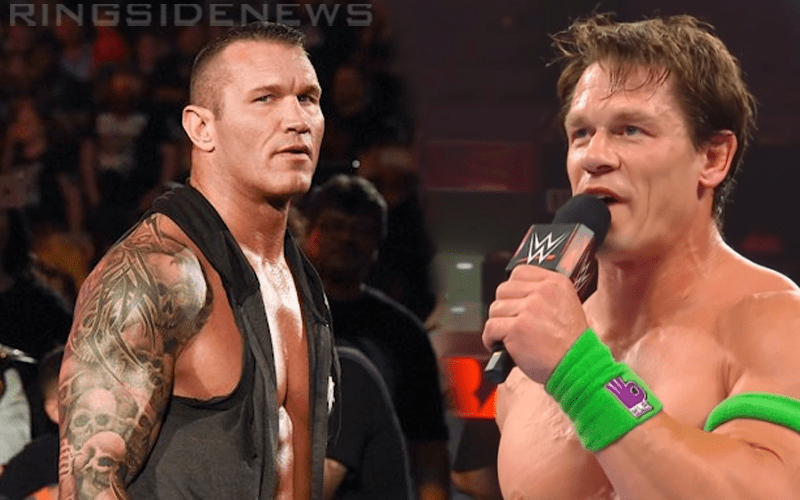 Randy Orton and John Cena have battled plenty of times in the ring, but it looks like their war isn’t over. Because now Orton is taking it to social media.

Cena tweeted out something quite cryptic about being careful about who thinks that you owe them happiness. It was intended to be motivational to those who need to watch out for themselves.

Beware those who think you owe them happiness at the expense of your own well being.

Randy Orton read this and had his own interpretation of what Cena said. They both know what it’s like to get bombarded at an airport by people looking for autographs so that’s how Orton took it.

Ah shit. Did some marks hit you up for autographs at the airport again?

This is a great tweet from Randy Orton and an excellent usage of the term “marks.” So far John Cena has not clarified the exact meaning of his tweet.