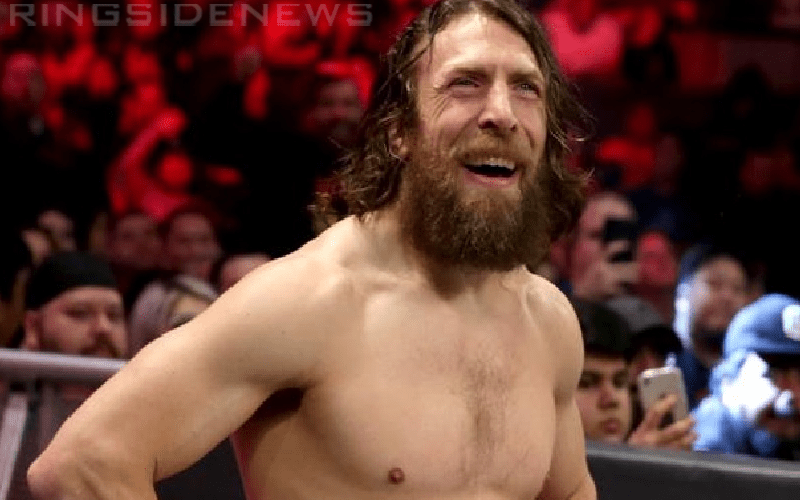 Daniel Bryan went down with an injury and WWE is being very closely guarded as to what it was. However, Brad Shepard reports that it had to do with his neck and not a concussion.

Bryan hasn’t been on WWE television since WrestleMania, but that might change very soon. He could be back as early as this week which would be ideal seeing how WWE really needs to pull up their ratings.

At this time WWE is still advertising Daniel Bryan for their upcoming European tour. He was on the injured list since Mania but that has been lifted.

There is still no word on what WWE is going to do with the current blue brand storyline. Bryan’s injury was so unpredictable in terms of recovery time that WWE turned Kevin Owens full-heel and set him in a match against Kofi Kingston at Money In The Bank. Owens was previously slated to have an “every man” kind of character instead of a heel.

It will be great to see Daniel Bryan back in the ring. Hopefully, he can remain injury-free for the remainder of his career.