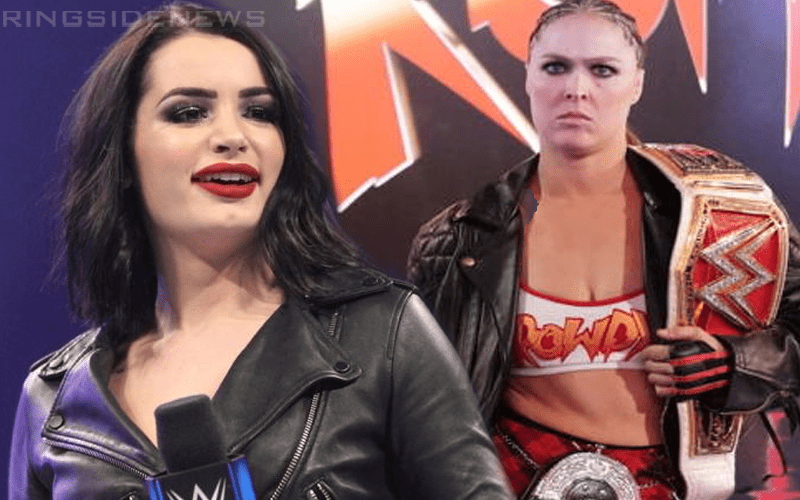 Paige never got a chance to wrestle Ronda Rousey during her run in WWE. Unfortunately, Paige had to retire from in-ring competition on the day after Rousey had her WrestleMania debut.

Now Rousey is on an impregnation vacation and is having a great time on her farm. Paige sees how happy Rousey is right now and has nothing but support to give.

While speaking to TMZ Sports, Paige rooted Rousey on because she did her time in WWE and had great success. Now Rousey is doing her own thing which Paige is all about.

“Take some time off, sis, go! Time is good, I had a lot of time off and it felt great. Yeah, she’s done a great job. She did her time in WWE and she killed it. Main-evented WrestleMania, and now she wants to, you know, get up the duff [get pregnant]. Go do it, sis! Go do your thing.”

We will have to wait and see when Ronda Rousey makes a WWE return, if she ever does. Paige is not going to wrestle again due to stenosis. However, she will certainly be watching if and when the Baddest Woman On The Planet decides to end her hiatus.