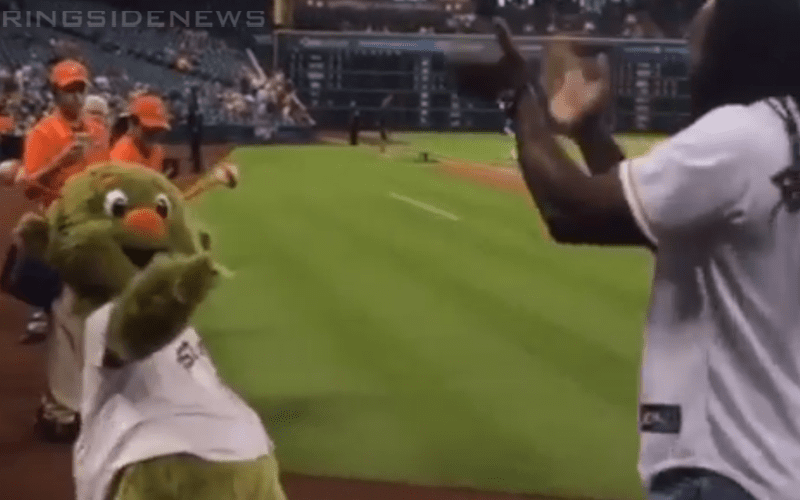 Booker T is known throughout the world, but he is a hometown hero in Houston. Therefore, when King Booker attends a Houston Astros baseball game it can be a big deal.

The five-time World Champion got the honor of throwing out the first pitch before a recent game kicked off. As you can see from the clip that Booker uploaded of the event things went very well.

Not only did Booker T have no problem getting it over the plate, but the Houston Astros mascot Orbit even stuck around to show Booker T his own version of the spinaroonie.

“Yo Astros baseball tag me in!” Booker said in the caption of his video. We’ll have to wait and see if he gets a major league contract, but at least he was able to throw a straight pitch to the catcher which is far better than other celebrities have been able to do.