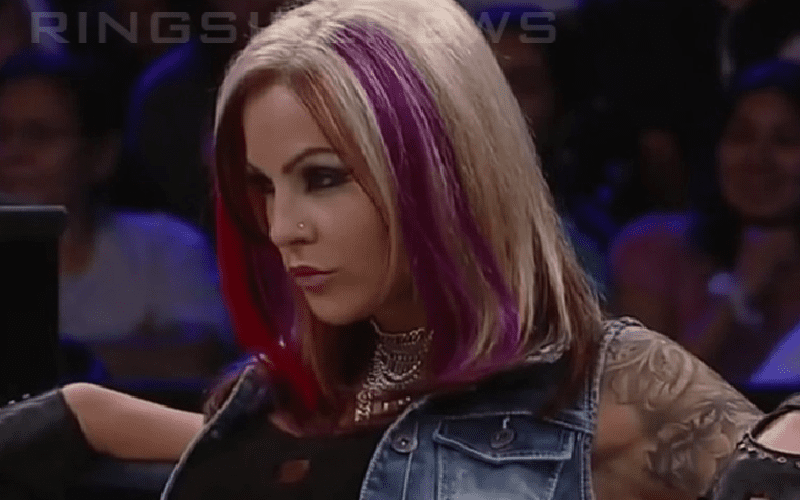 Velvet Sky knows how to deal with her haters because she’s quite handy with a tweet. She recently fired back at people who are coming at her and she absolutely destroyed anyone who wants to be a hater of anything she does.

It was quite brutal, but entertaining as well. Velvet Sky was quick to come at the triggered ROH fanbase while calling them virgins and insulting their entire existence.

LOVE how all u triggered ROH “manbase” virgins who look like ya never seen a shower, toothbrush or WOMAN try and come for me, reaching for insults when you’re all self loathing failures. U don’t follow me so quit trolling. Trying to include yourselves in worked feuds. FOH

This was a pretty brutal choice of language to take, but Velvet Sky has never been one to hold in anything. Her haters haven’t been too quiet either, especially since she is now a part of ROH. It looks like they might have to agree to disagree because neither side might be giving up this fight anytime soon.