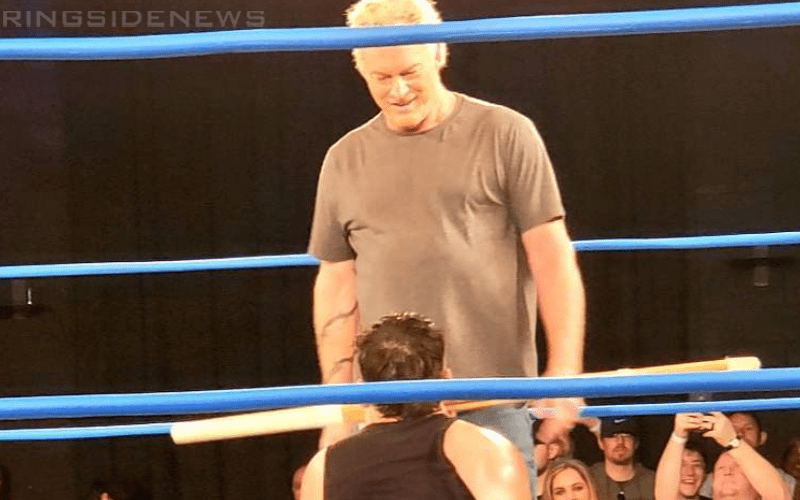 Impact Wrestling is coming off of an impressive Rebellion pay-per-view and they need to keep up the momentum. Brian Cage, the current Impact World Champion might be out of action with a back injury, but the show must go on.

If you want to catch up on the complete television taping spoilers from Saturday night you can click here.

During the television tapings, Killer Kross took on Eddie Edwards in a no DQ match. Then at the end of the match, The Sandman ran in and helped Edwards get the win.

After the match was over, they played “Enter Sandman” and had some beers in the crowd. We can only imagine that Enter Sandman won’t actually air on the show unless Impact wants to pay some heavy rights fees to Metallica.

This was a big high spot and yet another ECW original that they’re adding to Impact Wrestling.