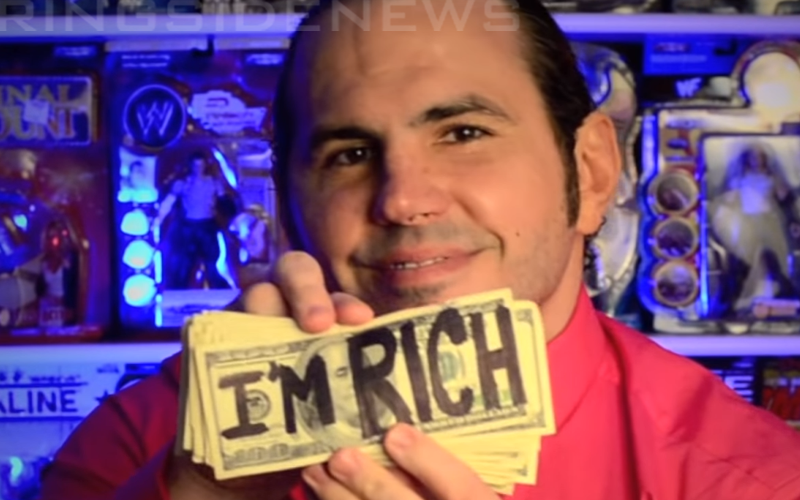 Jeff Hardy is injured and will need full reconstructive knee surgery. This is a tough break because he had just captured the SmackDown Tag Team Titles with his brother Matt Hardy.

Jeff is out of action, but Matt Hardy is still around. However, WWE might not want Matt waiting in the back while they figure out something for him to do.

Bryan Alvarez said during Wrestling Observer Live that due to Jeff Hardy being out of action WWE is considering allowing Matt Hardy to take on an older TNA gimmick that he has in his back pocket.

“Matt Hardy… we’ll see what happens. I’ve heard talk that perhaps Matt will bring back Big Money Matt in the meantime. We shall see what they end up doing.”

Big Money Matt might not be remembered by the WWE Universe, but this was the character in Impact Wrestling that eventually transitioned into Broken Matt Hardy. He is boisterous, rich, and has no issues letting people know this.

If you need a refresher on who Big Money Matt is, Hardy actually teased this character not too long ago. You can also check out a video below to get a glimpse of this character.