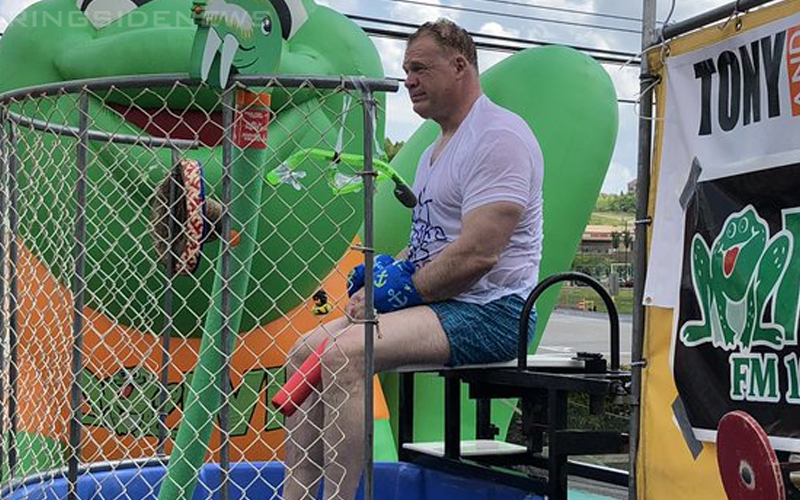 Kane is no longer a full-time WWE Superstar, but he will never say never about an in-ring return. Right now he seems to be quite busy as Mayor of Knox County TN.

Sometimes being Mayor has responsibilities attached that you wouldn’t normally think would be required of an elected official. Because The Big Red Mayor recently sat in a dunking booth.

Apparently, some lucky kids already hit the bulls-eye and emerged Kane in some very welcoming water.

One hour left to stop by @ChuysKnoxville and try to Sinko de Mayor! There have been a few lucky kids who’ve dunked me. Can you?

We have to say that Kane is great for doing this. More politicians need to do this same thing. It might be a great way to raise funds and the public can also get some frustrations out as well so it’s a win/win.

You can check out a picture of Kane awaiting some dunkage below. The water wings around his wrists was an excellent touch.