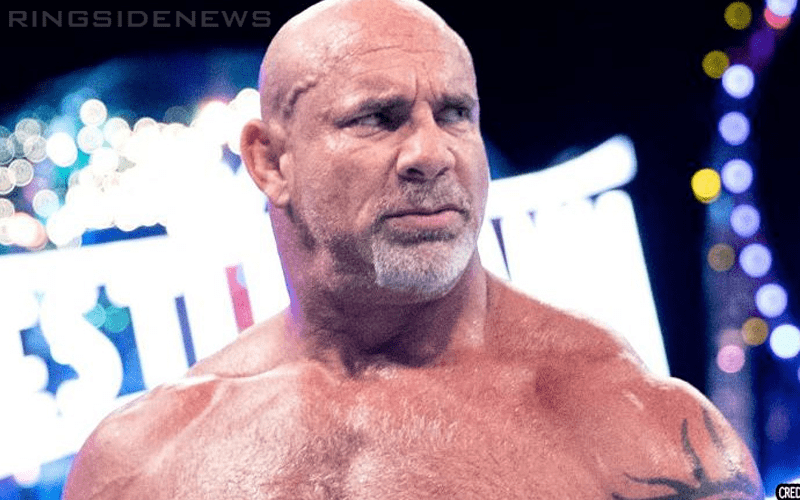 Goldberg is making a return to WWE for a one-off appearance at the next Saudi Arabia event on June 7th. This could include Bill Goldberg wrestling a match, but nothing has been made official.

One thing we do know for sure is that there are no current plans for Goldberg to be taking any title off of Kofi Kingston.

We previously reported that Randy Orton took a little dig at Goldberg’s WWE payday for agreeing to work the next Saudi show. He said “There goes another 2 million,” while making a joke about how much WWE spent on the special effects during his WrestleMania match against Bray Wyatt.

Apparently, Goldberg didn’t appreciate the joke from RKO even though Goldberg actually worked that WrestleMania as well where he lost the Universal Title to Brock Lesnar. It didn’t take Goldberg long to formulate his own response to The Viper.

This statement from Goldberg was followed by an angry emoji. We’re betting that Goldberg can’t be too upset at his WWE payday since he agreed to work the show in KSA. He might have an issue with Randy Orton calling him out for taking such a huge payday though.

What might be bothering Goldberg as well is all of the backlash that resulted from his appearance.