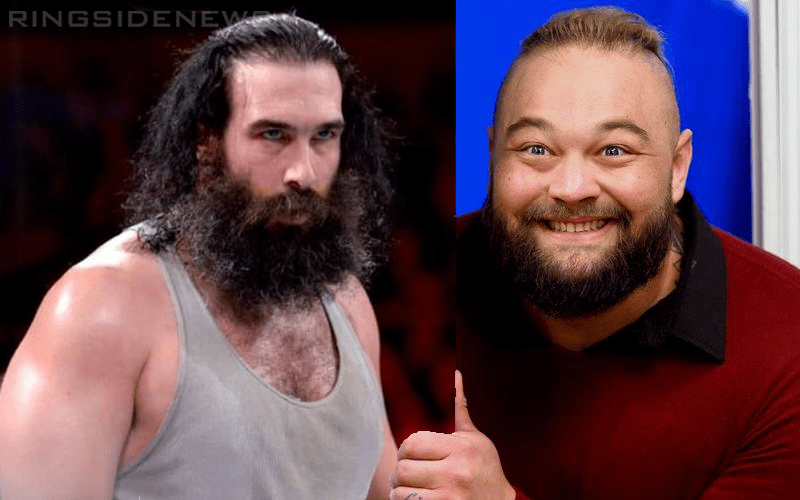 Bray Wyatt’s new Firefly Fun House gimmick is one of the best things we’ve seen on WWE television in quite a while. It is certainly one of the most original pieces of character work in recent memory. Wyatt has transformed from a cult leader for adults to a cult leader for children which is just fantastic to see.

The IWC has gravitated toward this new gimmick in a big way. Needless to say, plenty of people are excited to see what is next. If you ask some people it should include Harper.

The former Wyatt Family member asked for his WWE release. It was not granted and then even more time was tacked onto his contract.

All of this started after Vince McMahon belittled Harper in a meeting for not being able to do a Southern accent. Then Mr. McMahon said he had no intentions of placing Harper on either main roster brand.

One fan tweeted out at Bray Wyatt suggesting that Harper be placed in The Eater Of World’s new Fun House. “I’m working on it,” Wyatt replied.

It just goes to show that Harper is well-liked backstage, especially by Bray Wyatt. When Harper’s released request was first made public WWE Superstars all over flooded timelines wishing him the best. Now it looks like he isn’t going anywhere.

It might be intriguing to see Harper eventually find himself in the Firefly Fun House. Can’t you just imagine him as a mailman delivering letters to Bray from all of the children who are walking as he lights their path? Because we can!