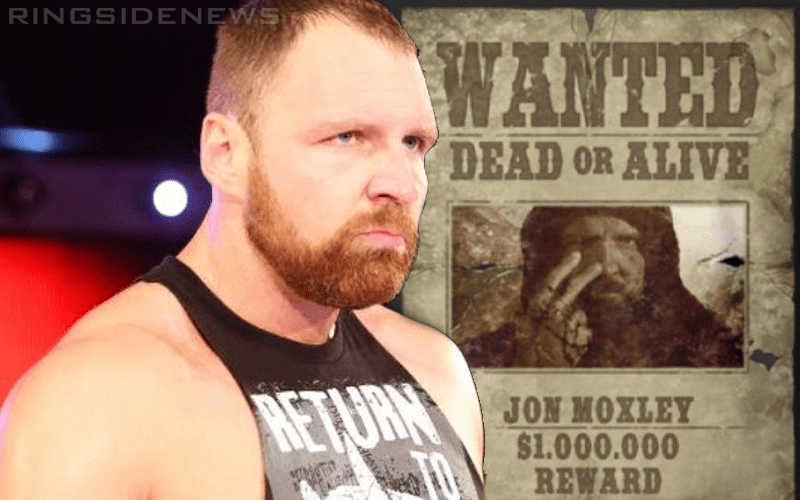 Jon Moxley is back which means Dean Ambrose is on a possible permanent hiatus. Or, maybe Moxley just switched Ambrose out so now the Lunatic Fringe is behind bars instead. Either way, the internet is excited which means that people are going to try and make some money off of the idea.

Moxley hasn’t opened an official store yet since his departure from WWE. He might do so in time, but there are already t-shirts popping up online promoting Jon Moxley’s return. However, they are not legit.

We have been sent a link to some bootleg Moxley merch by a couple of our awesome readers (you’re all great) and we had to take a look. The design of this “wanted poster” t-shirt is pretty sweet. The $1,000,000 reward was a nice touch as well, but it’s not official. However, that won’t stop fans from buying it.

Moxley made an appearance at the Cauliflower Alley Awards a couple of days ago as he presented his trainer Cody Hawk with an award. You can check out his speech here.

Although he’s getting out there more often, Jon will be working his schedule now which has to be liberating. This had not included any official merchandise yet.

Therefore, Moxley might be wise to open up a store sooner than later. There is probably no shortage of talented designers who would leap at the opportunity to make merch for the former WWE Champion. In the meantime, it looks like more bootleg merch could be on the way.