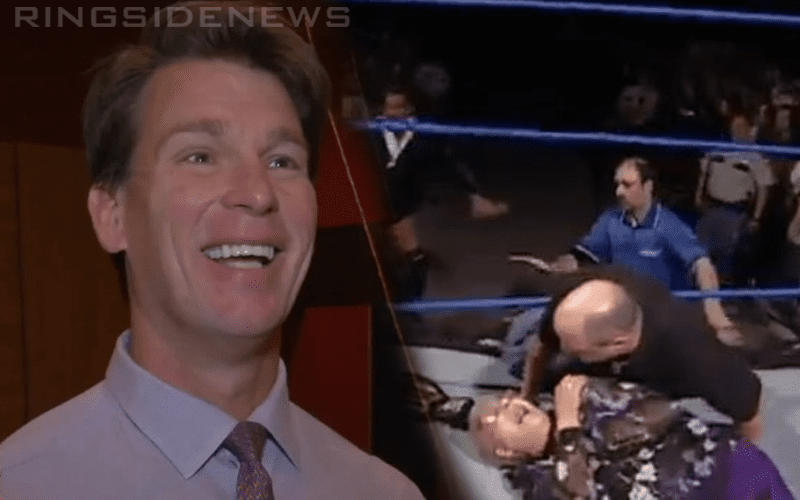 Eddie Guerrero was involved in a lot of fantastic angles during his days with WWE. He is a legend who passed away far too soon as well. However, he was able to arrange some incredibly entertaining ideas that worked in big ways.

JBL retold the story about when Eddie Guerrero’s grandmother had a heart attack in the ring during a WWE house show. The crowd was “white hot” and resulted in some huge attendance numbers later on.

I had to have a police escort out of town. I was told not to come back as the police couldn’t guarantee my safety. This was pure ‘white hot’ heat, we set an attendance record at the Staples Center a few weeks later. #vivalaraza


One fan asked who’s idea this was and JBL had to give all of the credit to Eddie Guerrero and Chavo.

100% Eddie’s idea with help from his brother Chavo. Absolutely brilliant.

This just adds to our sadness over losing Eddie because he could have done so much with the WWE Performance Center today had he survived to see it.

Hopefully, Eddie’s grandmother didn’t really have a heart attack in the ring. However, it was said by Bruce Prichard that this was supposed to be fake, but it turned into something real. Either way, JBL thought it was brilliant.