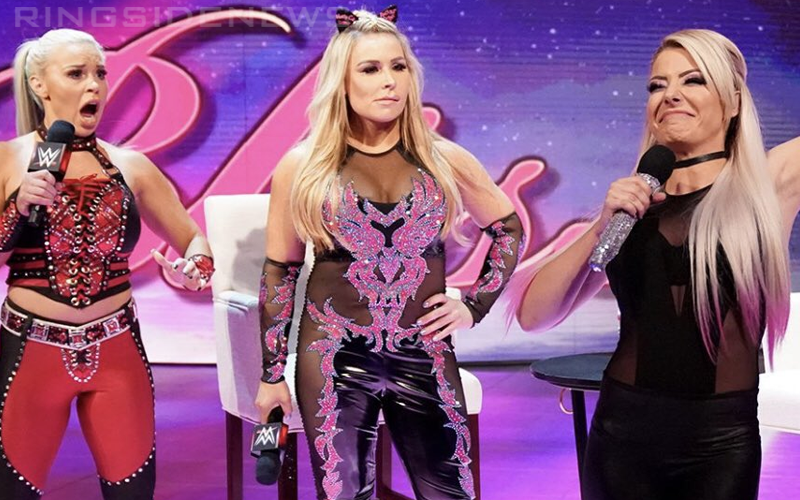 Alexa Bliss promised to announce all of the participants from RAW who would be competing in the Money In The Bank ladder matches on May 19th. She did just that, but after hyping the final women’s spot she announced herself. This did not make Dana Brooke too happy at all.

Brooke had to scratch and claw her way to a MITB opportunity and some would say that Sasha Banks had to walk out of the company in order for it to really happen. However, when Bliss announced herself in the match, Brooke had to take a shot at the “opportunity queen.”

Alexa Bliss won the Money In The Bank ladder match and cashed in that night to win the title. Now it looks like she could be looking for a repeat.

Dana Brooke might not be too happy about Bliss being in the match, but she could just be content with the fact that she’s booked on the card at all after such a dry spell.