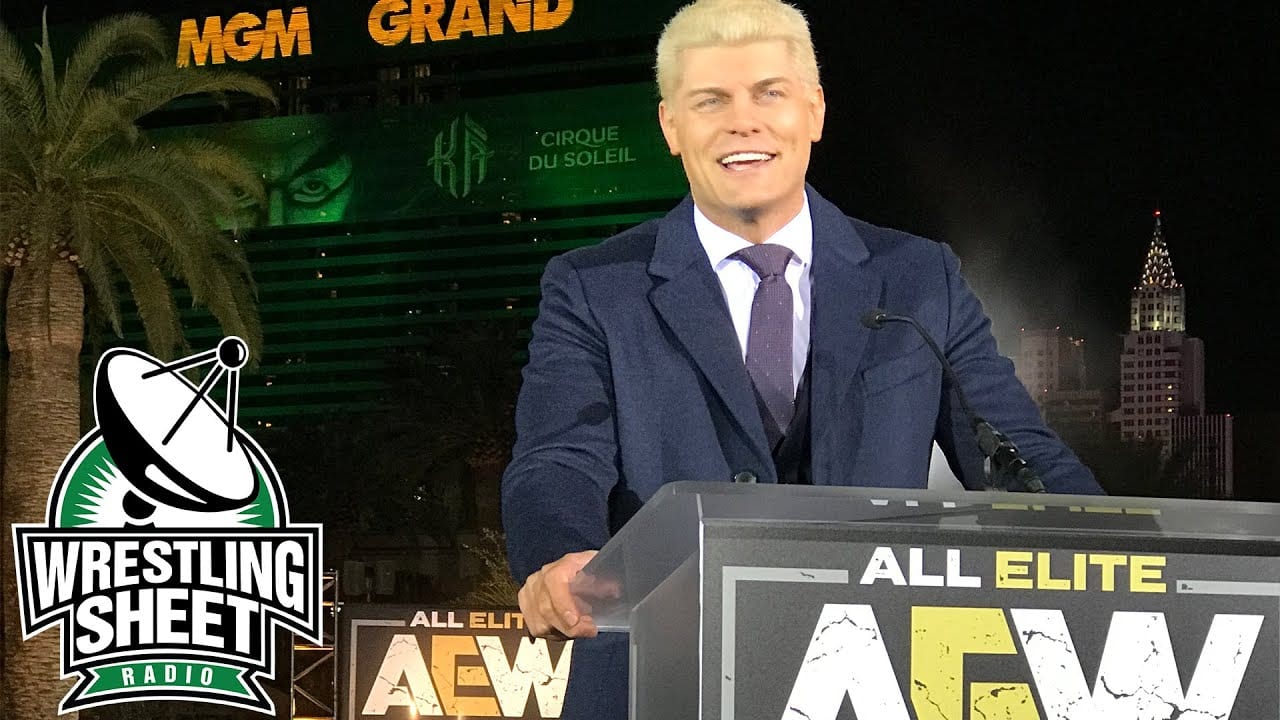 Fans have been waiting for some kind of announcement regarding where Double or Nothing (and future All Elite Wrestling shows) will air, and according to Cody Rhodes, it seems as if we won’t have to wait much longer to find out.

Ever since AEW was officially announced, there have been so many questions from the media and fans alike regarding what the future holds for the promotion. One of the big ones has been focused on broadcasting, as we await a formal announcement regarding the official home of AEW moving forward.

There’s certainly a market for them to thrive in on a big network, but the question remains as to whether or not Double or Nothing will also be broadcast on a big stage like that.

It was recently announced that Cody will be going one on one with his brother Dustin, formerly known as Goldust, at the Double or Nothing event. Both men have produced some excellent promos in recent weeks, for what is easily one of the most eagerly anticipated matches of the night.

Cody is the leading man when it comes to AEW, and whether it succeeds or fails in the next few years, it’s hard not to respect him for taking this fantastic leap of faith.

Double or Nothing is just a few short weeks away now, and at this point, the card has seven announced matches – with rumours of an appearance from Jon Moxley creating even more buzz for the event than there already was.