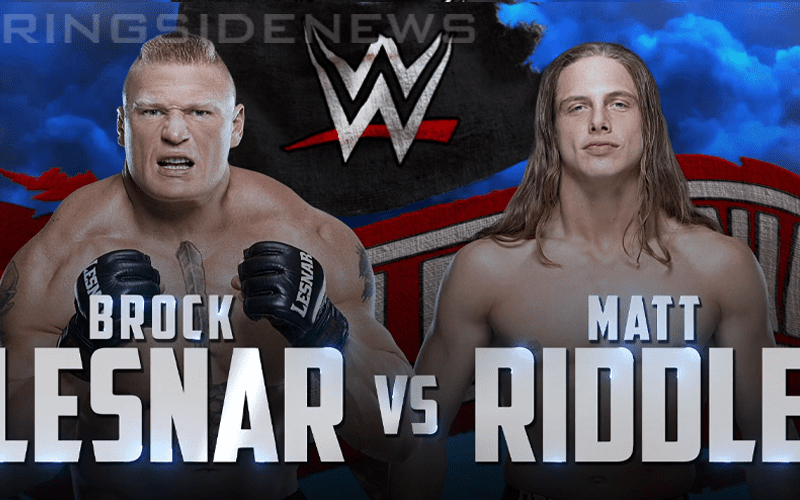 Matt Riddle has made no secret about the fact that he wants to retire Brock Lesnar. Riddle loves pro wrestling and doesn’t see much of the same passion in The Beast Incarnate.

Riddle has spoken up in the past where he threw verbal jabs at Brock Lesnar and he didn’t hold much back. When Riddle has his mind set on something he usually seeks it out until it happens. This includes a WrestleMania moment with Brock Lesnar.

WWE even teased Riddle vs Lesnar in an article about WrestleMania 36 matches they want to see. Therefore, the word has certainly gotten out that The King Of Bros wants a piece of Brock Lesnar.

The secret is also out that Brock Lesnar is coming back to WWE for the Saudi Arabia event on June 7th. Therefore, Matt Riddle thought this was a perfect opportunity to make his WrestleMania intentions known once more.

Rumor has it the beast is coming back to @WWE and the bro couldn’t be happier! See you at #wrestlemania36 @BrockLesnar #bro #ob #originalbro #stallion #splx

All we can say is: BOOK THIS MATCH, WWE. Then again, Vince McMahon is the only person who can really make that decision and he is currently not returning our phone calls anymore.