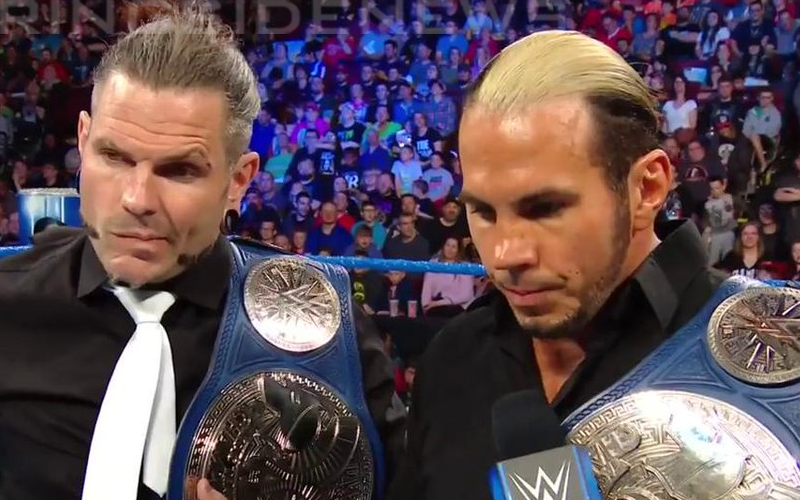 WWE superstar Matt Hardy has all but confirmed that he will be going on a singles run as opposed to sitting out as Jeff Hardy begins his recovery from a knee injury.

The two brothers had been teasing an announcement for SmackDown Live last night, in which they would address the speculation and rumours surrounding Jeff’s health. In the end, it was indeed confirmed that he would be spending time on the shelf – with Lars Sullivan’s attack being credited as the reason behind his injury.

That, in itself, seems like a smart move, as they could now have Matt enter a short feud with Lars in which he tries to avenge Jeff following the injury.

Matt has done some great work as a singles star throughout the course of his career, but some fans were hoping that his ‘broken’ persona would gain a little bit more steam than it did when he finally made the turn. Now, he may be given another chance to thrive in the character.

They could always build up to Jeff’s return as Brother Nero somewhere down the road, once he’s fully recovered from his injuries. On the flip side of that, Matt might just go in a different direction – as we’ve seen him do many times over the years.

SmackDown Live seems like it’s going to be a good home for Matt as a singles star either way, and even if he winds up getting crushed by Lars, he’s the kind of guy who can re-build himself pretty quickly.