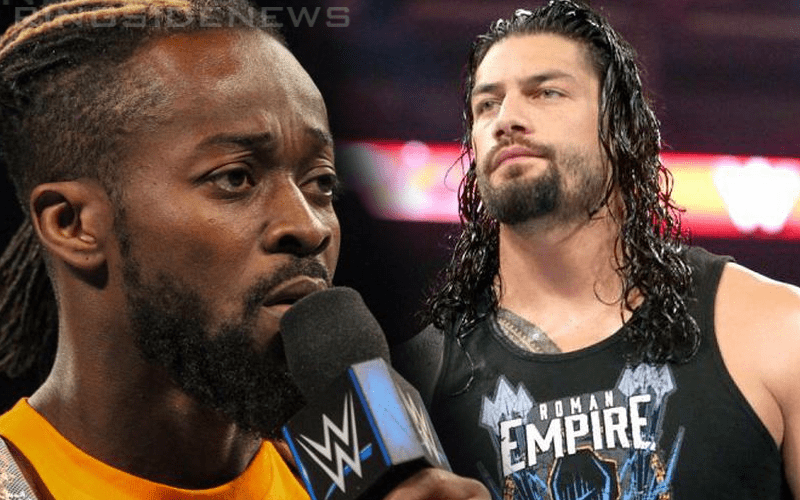 Kofi Kingston captured the WWE Title at WrestleMania, but he’s always looking ahead. There are a few people who could face Kofi during his reign as champion, but he has a very tough opponent set for Money In The Bank in Kevin Owens.

Express Sport asked the WWE Champion about facing Roman Reigns later on, and he responded: “Absolutely.” Then he went on to praise The Big Dog and how interesting a feud might be.

“I think Roman Reigns is an incredible talent, obviously he’s been through so much. He’s a fighter, a guy who has beaten leukemia and now here he is. He’s back for what he loves to do. I love everything about Roman Reigns. I’d love to mix it up with him at some point.”

“It would be great to have a little rivalry with Roman because him and I went at it a bit with The Shield vs The New Day. As far as one-on-one, we’ve never had that. So it would be something that the fans have never seen before and obviously he’s, pun intended, a top dog.”

Kofi Kingston will have to get through Kevin Owens at Money In The Bank first before he can really start making any plans after May 19th. The fact that Roman Reigns will need to make a turn to the heel side might also be an issue. It would still be a great match that we wouldn’t mind seeing.