WWE has a few Superstars who want out of the company. Just because you don’t see someone on television doesn’t mean they’re gone either. Now it looks like an indie company is already promoting that a current WWE Superstar will be joining them very soon.

Rhyno hasn’t been seen on WWE television since he was re-hired after being kayfabe fired around Christmas time. He showed up dressed as Santa Claus and everyone had a good time with the holiday bit. Then he ghosted. Rhyno is okay, but as we previously reported he’s probably leaving the company in July.

IWC has made things very obvious as they have now started promoting Rhyno’s return to their roster.

BREAKING: It just became official! Former IWC Heavyweight Champion, @Rhyno313, will return to the IWC roster in 2019! When will the man-beast return?! Who will his target be?! There’s only one way to find out!

This is very interesting seeing how Rhyno said he was probably going to have to make a change in July when his contract is up. Now it looks like his intentions are a little bit more clear.

Rhyno is returning to the indies and apparently the International Wrestling Cartel just couldn’t wait to get the word out. 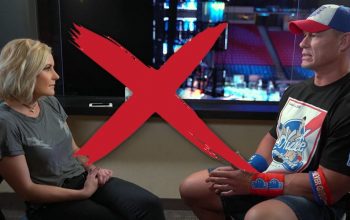