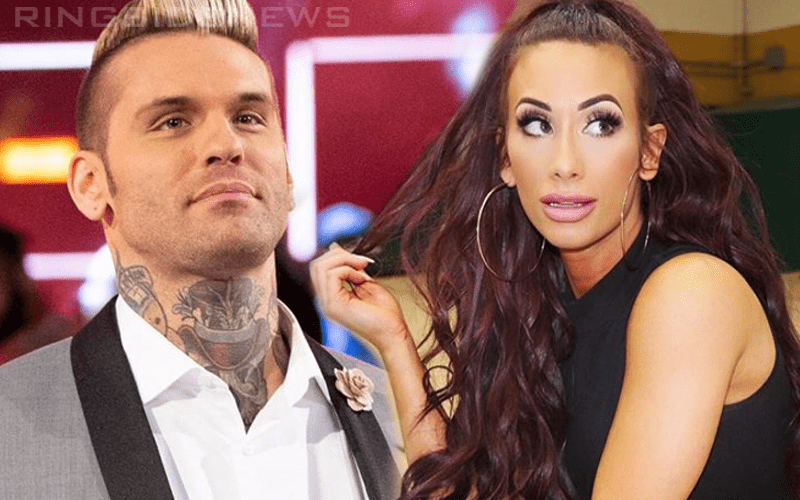 Carmella and Corey Graves really surprised a lot of fans when their relationship was made public. Then it was revealed that Graves and his wife were separated for months and in the final stages of divorce.

That won’t stop people on the internet from coming at Carmella and Graves in the wrong way. Graves recently spoke about his relationship with his wife ending and how much happier he is now. So Carmella thought it was time to address everyone calling her a “homewrecker.”

While speaking to Page Six, the former SmackDown Women’s Champion had a very short and sweet answer to those fans who think that she is responsible for breaking up Corey Graves’ family.

The bottom line is that both Carmella and Corey Graves seem very happy. We haven’t seen them in public, but Graves did acknowledge that he was “fabulous” during WaleMania.