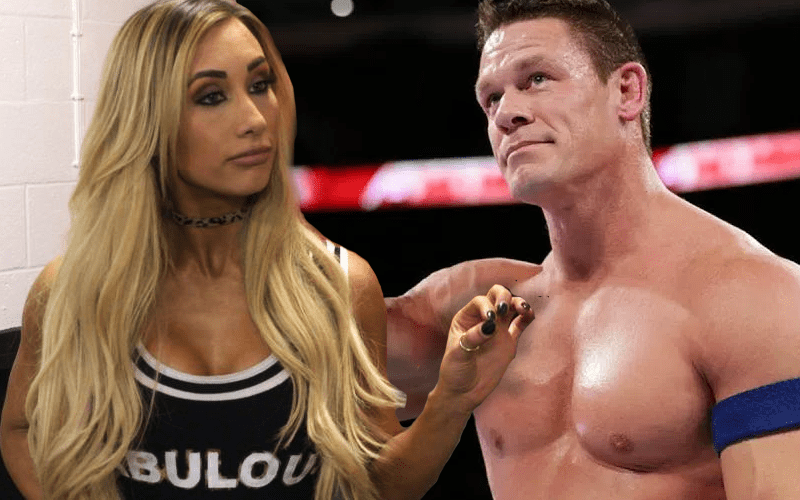 John Cena and Nikki Bella have been broken up for a year now. It is hard to believe that it’s been that long, but this is the case. That relationship didn’t end without a fair amount of rumors as well.

Carmella recently appeared on the Bella Twins’ podcast where she addressed the rumor that her and John Cena dated for a short time. After all, this was a very strong rumor last year.

Mella didn’t deny that she and Cena were in the same place. She just simply said that people misinterpreted what was going on.

“That is the most insane rumor. It was when I had broken up with my ex and we had been seen out in a bar in Tampa, and they just assumed he was with me.”

It should be noted that both Cena and Carmella live in Tampa so seeing them out in the same bar might not be that big of a deal. Then again, it probably won’t stop those people who are set on believing that Mella saw Cena.