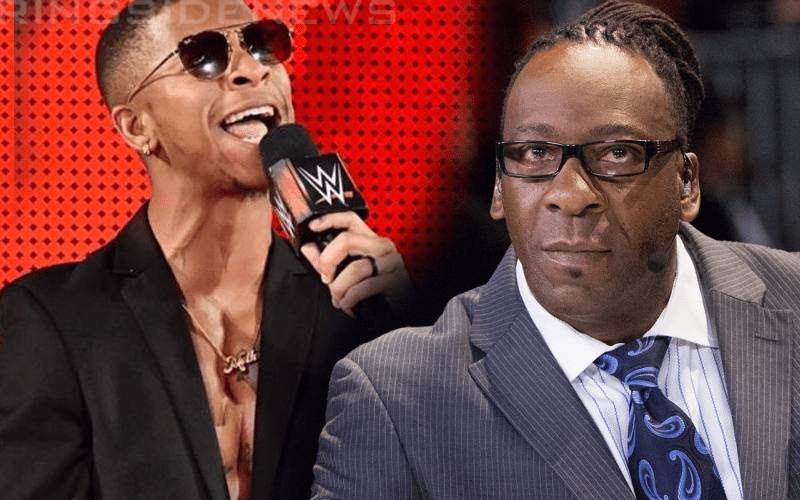 Lio Rush has been having some issues backstage in WWE and it might have resulted with him being moved off the main roster for good. Booker T has seen his fair share of Superstars come and go and you can tell that he hates to see Rush having a hard time.

The two-time WWE Hall Of Famer spoke about Rush on his Hall Of Fame radio show. Booker T said that Lio Rush was in a good position with the company, but now is the time to get his head right. Because Booker T has seen people let their egos get in the way in WCW specifically.

“(Lio Rush) has been in a good position, working with Bobby Lashley. It seems like he would be on top of the world in that position. But, sometimes, you can start believing in your own press clippings.”

“One thing about WWE….it’s their show. If you learn how to work inside ‘the game’ and know how to get in and stay in ‘the game,’ at the end of the day, you make a lot of money. I just don’t know when people stop thinking about the endgame.”

“Guys in WCW thought they were really big stars until the doors closed. Then they had to find work somewhere else. A lot of those guys never worked in a major company ever again. You know why? It wasn’t about them. There are so many guys looking to take that spot that you have. If you’re in a position to make as much money as you can and you’re worried about what someone else is doing…it just confuses me. I hope he can get the heat off of him because he’s very talented. Great talker as well as a great worker. There’s money there for this guy to be making for a long time. LIO! Get your game right.”

Lio Rush was on his way home on Tuesday morning according to his Instagram stories. He has since replied directly to the reports that he was sent home by WWE. However, it is hard to deny that something is wrong.

Hopefully, Lio Rush can get things together and approach the situation a little differently. After all, he is incredibly talented and can still offer a lot as his career was just getting started in WWE.