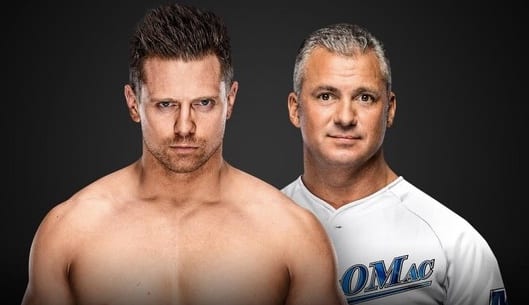 As seen on Sky Bet, the betting odds for The Miz vs Shane McMahon at Money in the Bank have been released.

The storyline between Miz and Shane has been more successful than most fans probably could’ve anticipated, with the two men having a fascinating match at WrestleMania 35. McMahon, who played the heel, wound up getting the somewhat fluke win over the former WWE Champion – and now, it’s time for a rematch.

Some members of the WWE Universe have suggested that this should’ve been a ‘one and done’ type of feud, but this Steel Cage match is going to give The Miz a chance to get some revenge in a big way.

The betting odds currently have Miz priced as the 4/11 favourite to even up the series, whereas Shane is currently a 2/1 underdog to pick up his second consecutive victory over his rival.

One of the big questions is whether or not Miz will go on to continue his babyface run after this is over, or if he’ll revert back to his heel ways. It seems logical to suggest that he’s more effective as a heel, but WWE may use the success of this spell as a reason to keep the train rolling.

Shane is the kind of guy that will compete in the ring until someone pulls him aside and forces him to stop, and given the level of entertainment he’s provided us with since returning back in 2016, having him work a few more matches doesn’t seem like the worst idea in the world.