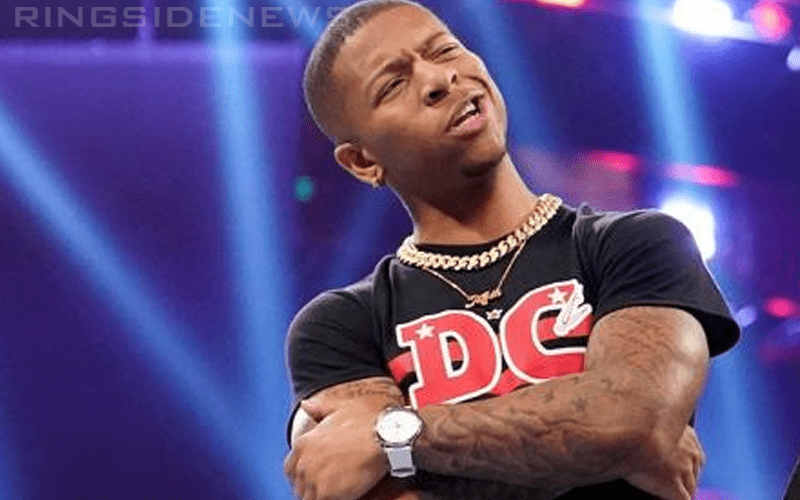 Lio Rush is not on television anymore from the look of things. Reports of his backstage heat have gotten pretty hard to ignore at this point. After so many reports you have to assume that there is fire to all that smoke around The Man Of The Hour.

Rush tried to deny being sent home when he replied to Ringside News Founder Steve From Florida, but the fact is that he hasn’t been used on WWE television at all. He was also apparently in his hotel room watching Impractical Jokers by the time RAW was over.

This week Bobby Lashley came out to speak in the third person without Lio Rush. That might be his new character trait since he is now without a hypeman.

Mike Johnson said during PW Insider Elite Audio that Lio Rush disappearing from WWE television is not a good look at all. There is also an issue of someone who used to pull very hard for him backstage in the company no longer being around.

“The creative team member that pushed for him to get on TV is no longer in that company. So right there you’ve lost a powerful voice that will get you into this position.”

“The fact that he didn’t even get written off — he just disappeared from Lashley — now we had reported a couple of weeks ago that they were getting split off then they kept going with it, but the fact that it’s been two weeks now and he’s just disappeared from Lashley without even a television explanation, that ain’t good. That ain’t good at all.”

WWE experienced a big shake-up backstage from the writers to the match producers. Some Superstars are also getting moved around as well.

We will have to wait and see where WWE places Lio Rush now, but they could always just ice him and keep Rush on contract as punishment.