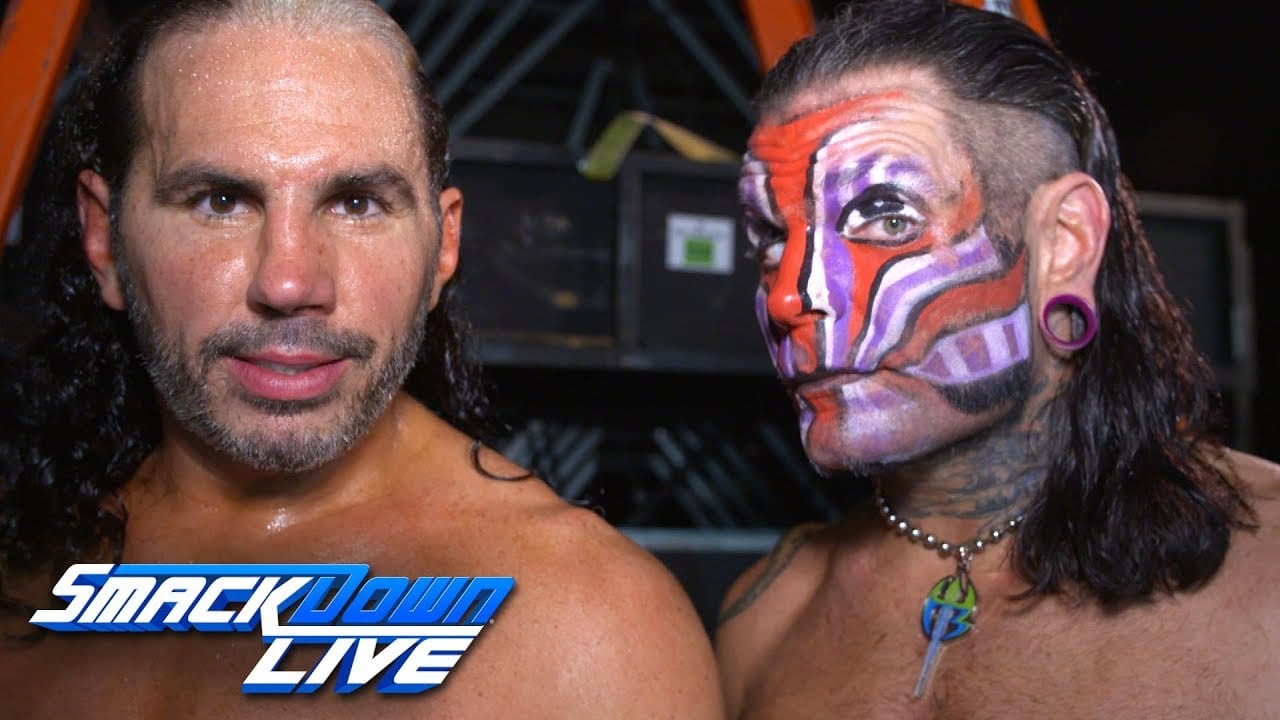 Matt Hardy has confirmed that he and his brother will be appearing on SmackDown Live tonight in order to address the rumours surrounding Jeff’s injury status.

Jeff suffered a right knee injury last week during a house show, which left many wondering whether or not The Hardys would be relinquishing the belts. There have been a variety of reports indicating that The Charismatic Enigma could be undergoing surgery soon in order to fix the issue, but that hasn’t been confirmed.

This update seems to suggest that the brothers are going to reveal something substantial this evening, but it’s not yet clear as to what it’ll be – although that hasn’t stopped the WWE Universe from guessing.

One of the most dramatic ideas thrown out there has been that Jeff Hardy is going to announce his retirement from professional wrestling. That seems like a pretty extreme idea given that it’s just a knee injury, but with that being said, it’s not like Jeff has been immune to spending time on the shelf in the past.

The big question is whether or not his body can continue to keep up with the kind of pace we commonly see from him, because if it can’t, then he may decide that the best course of action would be to walk away.

Whatever the case may be it goes without saying that fans just want to see the brothers back in the ring together, because let’s be honest, they’re still one of the best tag teams in the world today.