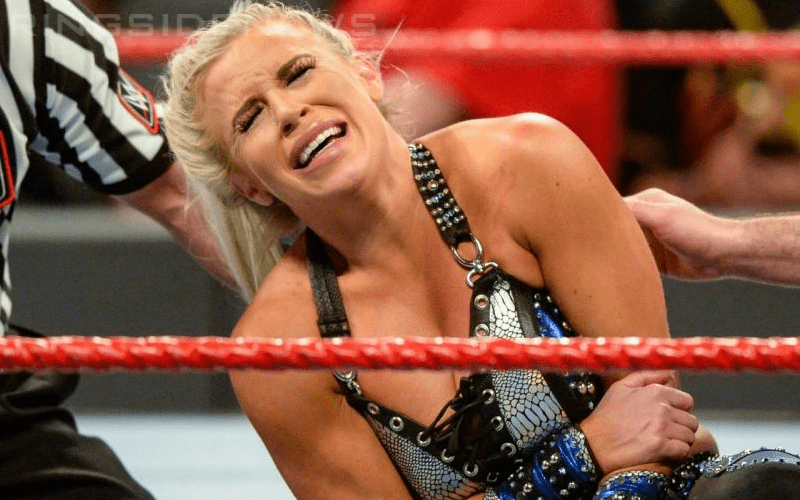 WWE superstar Dana Brooke has taken time to reflect on her inclusion in the Women’s Money in the Bank ladder match, which was announced last night on Monday Night RAW.

Ever since she was called up to the main roster, Dana hasn’t really been able to ‘get going’ in the way that many would’ve anticipated. She’s certainly been an ever-present member of the women’s division, but not to the point where anyone has been able to take her seriously.

She’s improved an awful lot both in the ring and from a character point of view, and at Money in the Bank, she’ll get the chance to prove that she belongs amongst the elite in WWE.

Courtesy of the brand split it always feels like there are opportunities available for more superstars than ever before, and it’s just a case of making yourself stand out. Dana hasn’t quite been able to do that up to this point, but maybe MITB will change all of that.

She’s strong, she’s athletic, and she has a history with quite a few of the women that are likely to be involved in the match. She’ll have to work hard in order to make a real impact, but that has never stopped her before.

It’s not all that likely that she’s going to walk out of Hartford with the Money in the Bank briefcase in her hands, but if she does, just imagine the kind of shock factor that’ll create.

It may not be the fans’ choice, but it’d definitely get people talking.