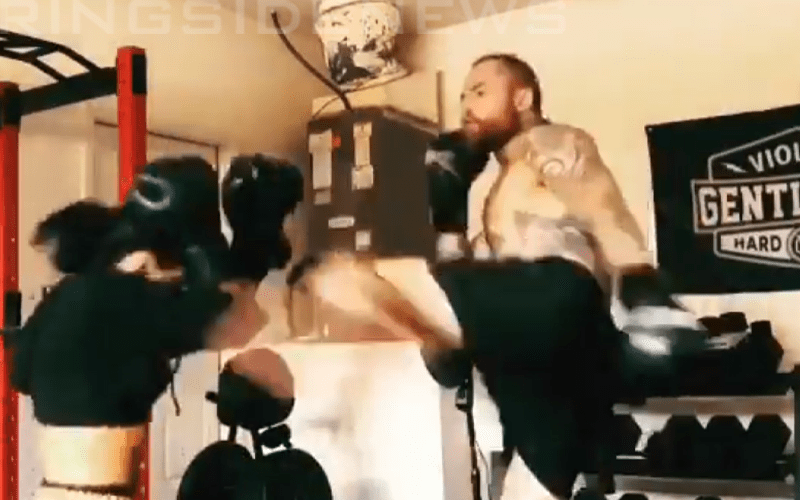 Zelina Vega and Aleister Black are a married couple in WWE and they are also obviously very happy together. They keep things interesting by sharing a lot of the same interests. This includes kicking and punching each other.

Vega recently uploaded a video of herself and her former NXT Champion husband in their home gym. They are trading kicks and punches in a sparring session. This is obviously a passion that they share and it shows.

Both Aleister Black and Zelina Vega are on SmackDown Live now. They were on RAW, but for whatever reason they were switched to the blue brand.

Black has yet to debut on SmackDown Live yet, but they did give him a small vignette last week to introduce him as a singles star. This is a good plan because it’s better than what they did with Ricochet which was simply putting him out there to lose last week.

You can check out the video below. Vega didn’t comment on the footage, but she did include three emojis which gives us a pretty good idea that they’re staying together and keeping close by sharing this time in the gym.