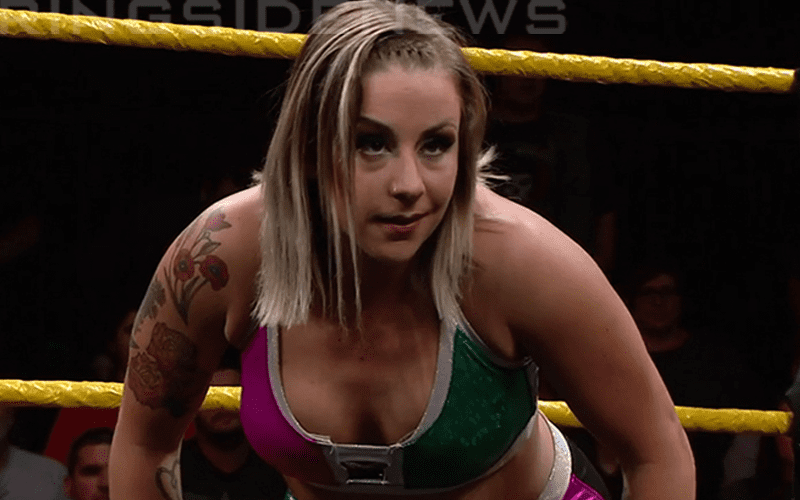 Kimber Lee might be better known to NXT fans as Abbey Laith. Why the company changed her name is another matter entirely, but she was released last year after not ever being given the attention she deserved.

Lee returned to the indie wrestling world where she was immediately busy making events all over the world. Now she has something very personal to report as she has been battling something for a long time that her fans might now know about.

Kimber Lee revealed in a social media message today that she is an alcoholic. However, there is good news to report because she was showing off a 2-month sober chip from Alcoholics Anonymous in the process.

This isn’t Kimber Lee talking for a moment. This is Kimberly Ann Frankele,

I wasn’t going to talk about it. I was embarrassed. I didn’t want to think about what people would say. But now I’m here and after really listening to my heart, I know this should be talked about more than it is. My name is Kim and I’m an Alcoholic. .

It took me a LOOOONNNNGGG time to accept. Drinking is so prevalent in our society today that you feel like there’s something wrong if you can’t drink like everyone else. I’ve been sober before but it was for all the wrong reasons. This time everything was for me. I decided to change the course my life was headed down because it wasn’t going to end well. I’ve almost lost everything because of alcohol and I refuse to let it run my life any longer. .

If this is something you’re struggling with please don’t be afraid to go get help. A.A. is the best decision I’ve ever made and as terrified as I was to walk in to my first meeting I feel like I have a whole new family now and all they want for me is my sobriety and my success. Go get help. Don’t be afraid. There are more people out there just like you than you will ever know. I know I’m no where near @eminemand his 11 years, but he had this 2 month coin at some point too. We all start somewhere. And I plan to keep succeeding one day at a time.

We are very happy for Kimber Lee as she continues to battle this addition. She has a ton of support from her fans and the entire IWC as well. There is a reason why Kimber Lee is so popular because she shows a strength and genuine nature that you don’t find every day.

Hopefully, she is able to remain strong and carry on day by day. Addiction isn’t easy, but through her message hopefully, this will help others as well.