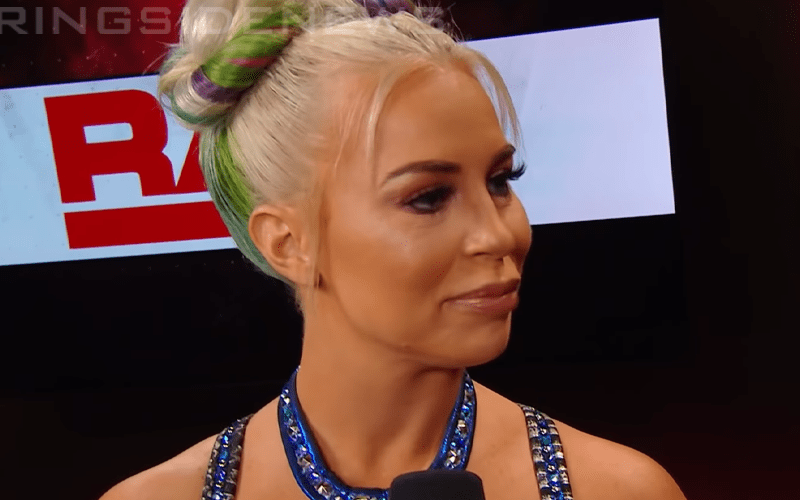 Dana Brooke’s insertion in the Money In The Bank ladder match surprised some fans. It appears that Brooke being placed in this match seems to confirm that Sasha Banks won’t be back by May 19th as WWE would have hoped.

It appears that the Shake-Up changed a lot when it comes to the women’s tag team division and some plans they were considering. However, Naomi could very well end up with Dana Brooke as a tag team partner chasing the gold around the IIconics’ waists.

Tom Calohue from Post Wrestling reports that there are some people backstage in WWE who are really pulling for Dana Brooke to get a team with Naomi so they can go for the gold.

Fun little bit of #WWE news from a source:

“It might not happen now but the idea was for Naomi and a partner to challenge the Iiconics for the tag titles first. Bayley and Moon were ideas before the shake up but a few people would love Dana Brooke to have a shot.” #raw

Only time will tell what happens with this situation. Dana Brooke has improved a lot and is hungry to prove herself in a big way.

There are a couple of places WWE could use her and a tag team with The Glow makes just as much sense as many other options.