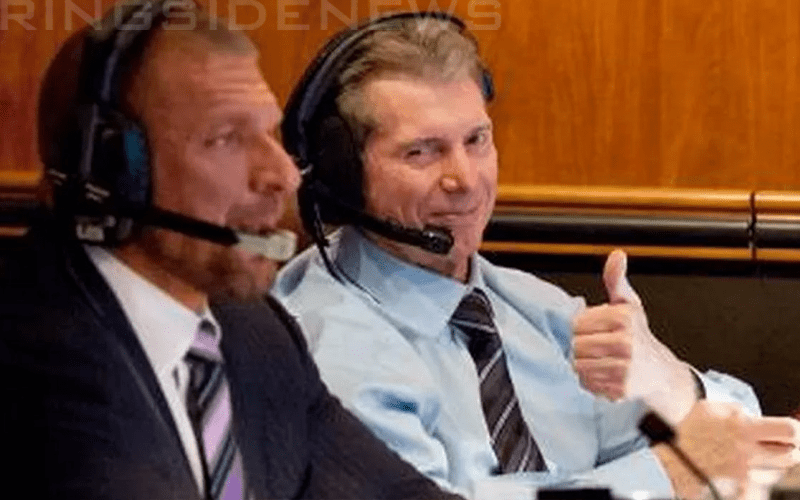 WWE RAW has a lot of moving pieces and Vince McMahon is usually behind all of it. The commentators might represent a facade that they don’t have people talking in their headsets, but that’s why the get paid to make it look easy.

Corey Graves recently spoke to Chasing Glory where he went into his relationship with Carmella breaking the internet. He also gave us a glimpse of what it is like to be on live television and have a 73-year-old prankster say something directly into your ear.

“It’s insane, the amount of information that we’re processing all the time because you got the producers in your ear counting you to commercial break. You have to listen to your partners. You actually have to have a coherent conversation with them. In the middle of a thought, someone backstage is feeding you an idea or a thought and it’s like, ‘Oh my God’. It’s completely overwhelming at times. My favorite is when Vince decides to do it when you’re on camera.”

“I know he does it to [Michael] Cole to mess with him, but I remember the first time it happened to me.”

“We were on camera and I can’t remember what the actual information was, but I was speaking — I’m on camera. I knew very particularly what I was supposed to say or where I was going and he doesn’t speak to you a lot but it’s like the voice of God coming in your head, and I swear you could probably see the panic in my eyes — on camera.”

“I think I just stopped in the middle of my sentence and was like, ‘Uhh’, and then I just parroted whatever he said and I don’t think it made any sense but it was absolutely terrifying and I’m going — It’s one thing when you’re not on camera, you can write a note down to yourself or something but when you’re standing there and everything is on you and then [you] go, ‘Oh God. What’s happening right now?’ That’s a real interesting time.”

That “voice of god” as Graves put it is the same man who admitted on the Steve Austin Podcast that his favorite thing is the look on someone’s face as he shoves them into a pool with all of their clothes on. So he very likely is speaking up in inconvenient moments on purpose.