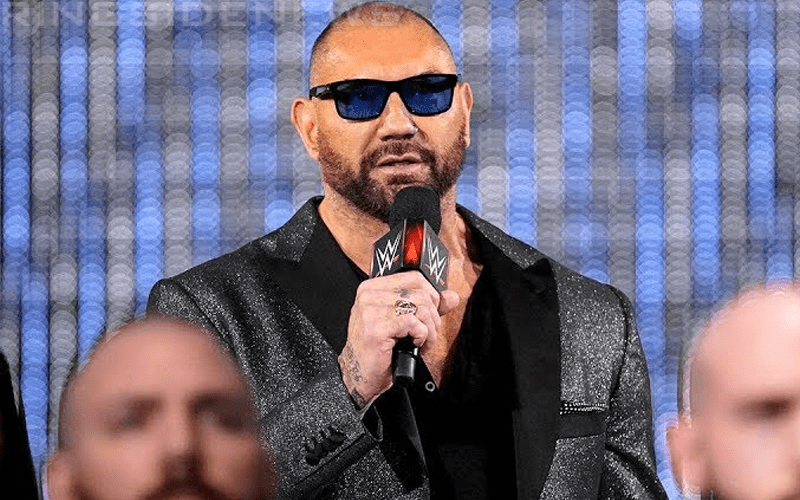 Batista might not have been able to defeat Triple H in the longest match of WrestleMania 35, but that’s okay. Because Dave Bautista has plenty going on and now he can proceed knowing his WWE career was tied up with the match he wanted.

The Animal recently had an experience with a Lyft driver that he was not satisfied with at all. In fact, the dude stole Batista’s money and never provided him with any kind of service.

“Hey Lyft! This guy just charged me 5 bucks for a ride he never showed up for. And gave me sh*t attitude. And took 4 min for 20 min for s ride he didn’t show up for! And didn’t have the courtesy to call me! Wtf?!!”

One brave fan spoke up and provided his opinion on the matter by saying: “I don’t understand why celebrities pick on the little guy who’s trying to make money to feed his family. He probably had a reason to cancel but why you got a put it out there.”

The Animal read this and quite a blunt reply. Because celebrities are people too and nobody likes being stolen from.

Because nobody likes being f*cked out of their hard earned money. I worked hard for every cent I have. And I come from nothing. I hope that sheds a little light on your not understanding.


It should be noted that Batista did delete the first tweet where he called out the Lyft driver, but not before we had a chance to screenshot it. We also censored out his driver’s face just in case that was the issue.

It was pretty crumby for this driver to stand Batista up and charge him for a no-show. Hopefully, Drax The Destroyer was able to get his five bucks back.