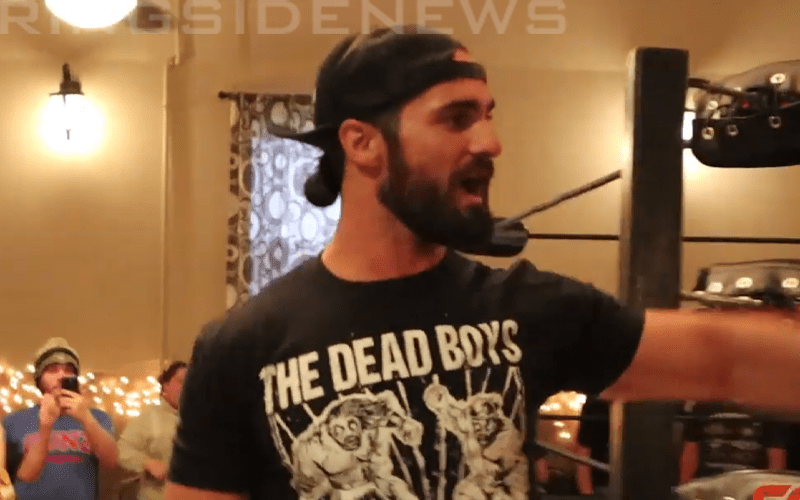 Seth Rollins has a lot of ties to the indie wrestling world. Some of those people still keep in contact with the Architect and although he’s incredibly busy, Rollins is able to make time for them.

This was apparent as Seth Rollins made a very surprise appearance at a SCW PRO event on Saturday Night. It took place in Walcott, Iowa so it was definitely in his old stomping grounds.

During an opening segment with Marek Brave, Rollins came out to join him and Seth took over from there. Of course, the two own the Black & Brave Wrestling Academy together. So they are obviously close. In fact, their wrestling school also provides workers for the SCW Pro.

Fans chanted “one more match” at Rollins to which he had to say “I’m not retired,” but that didn’t mean he would be allowed to actually perform for them. It was a pretty great segment that allowed Rollins to connect with some fans who probably remember him best as Tyler Black.

He didn’t have the WWE Universal Title with him, but that’s understandable. You can check out the segment below and even though Rollins didn’t get his hands dirty, it was still a huge treat for those local fans.