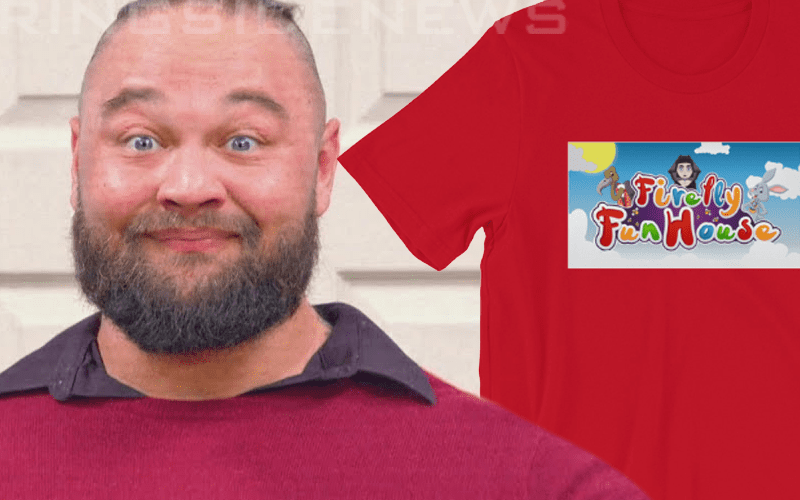 Bray Wyatt premiered the Firefly Fun House on RAW last week and plenty of fans have shared their opinions on what is next for Wyatt. It looks like the company could have some big things in store too.

Wyatt’s new gimmick even has its own t-shirt already. However, some fans were quick to rip on WWE for the simple design.

In a way to poke fun at his new t-shirt and possible throw a jab in at the complaining fans as well, Bray Wyatt commented with his own little joke. While putting up a picture of a plain black t-shirt he proudly announced: “New shirt design!!”

This was a joke, of course, but it was still pretty well done. Plenty of people called WWE’s shop “lazy” for slapping a Firefly Fun House logo on a t-shirt and selling it on their custom merch page. Therefore, Wyatt thought he would take it a step further.

As with any other case when Bray Wyatt took it a step too far, we’re glad that he did.