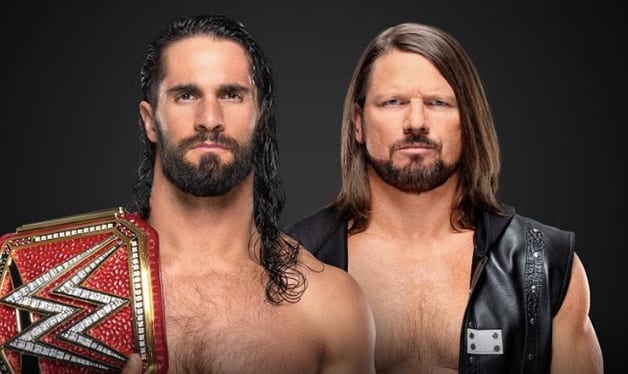 As seen on Sky Bet, the betting odds for Seth Rollins vs AJ Styles at Money in the Bank have been released.

Rollins has been slowly building up his momentum ever since WrestleMania, with the big Shield farewell playing a role in that. Now, he’s gearing up to defend the Universal Championship against AJ Styles in what should be a major contender for match of the night at Money in the Bank.

These two men met many years ago on the independent scene, when Styles actually called Seth the future of this business. Now, all these years later, we’ll finally get the chance to see an extended feud play out between two of pro wrestling’s finest.

The odds suggest that Rollins is indeed the favourite to retain his title at 2/9, whereas AJ Styles is the 3/1 underdog to cause the minor upset and walk away with the belt.

The dynamic between these two men is pretty interesting, and as we look ahead to the build up, it’ll be interesting to see whether or not AJ takes on more of a tweener or potentially even heel role. Of course, we all know that he’s more than capable of a babyface vs babyface feud, but WWE could be tempted to pull the trigger.

The big worry for fans was that Baron Corbin would end up challenging Seth for the belt, but let’s be honest, there’s still a good chance that he could end up going after the belt over the summer given how high WWE is on him.