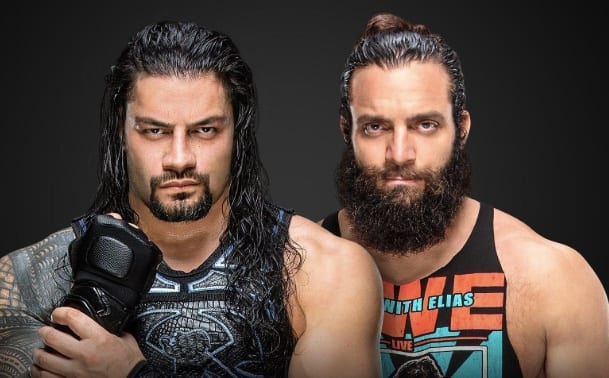 As seen on Sky Bet, the betting odds for Roman Reigns vs Elias at Money in the Bank have been released.

Ever since making the switch over to SmackDown Live during the Superstar Shake-Up, it has seemed as if Reigns is heading for a long term feud with the McMahon authority figures. With that in mind, Elias being his first pay per view opponent somewhat makes sense as it gives Roman the chance to build up some steam as he begins this new venture on the blue brand.

With that being said it certainly doesn’t seem like a Reigns win is a given, although that’s still the direction that most fan are expecting this feud to go in.

The betting odds suggest that Roman Reigns is indeed the favourite at 2/5, whereas Elias is the 7/4 underdog. Of course, that’s to be expected, but it isn’t as one-sided as you may have expected.

A lot of fans aren’t particularly interested in seeing this Roman/Shane/Elias feud get dragged out for too long, but at the same time, some members of the WWE Universe are fearful that Roman be taking the WWE Championship off of Kofi Kingston sooner rather than later.

This is all speculation and whatever the case may be, it definitely feels like this new era for Roman is going to do him a lot of good – so long as we get some solid booking for him.

That’s easier said than done, but at the very least this should be a really entertaining match.