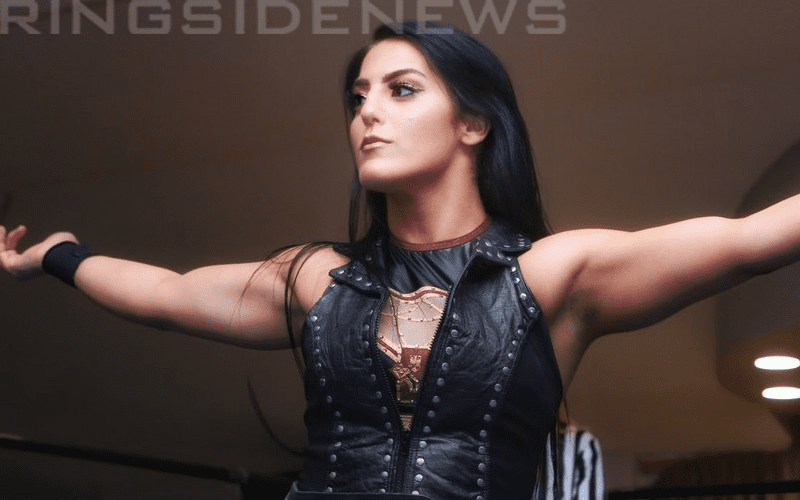 The pro wrestling world is full of long-standing rumors. Some of those stories will never be answered because neither side involved is willing to talk about it. Tessa Blanchard is an exception as she recently addressed a rumor about her from 2017 head-on.

Ringside News ran a story about a rumor that had recently been brought back up in conversation about Tessa Blanchard’s possible heat with WWE. This old rumor says that she was kicked out of the WWE Performance Center while she was dating Ricochet. However, she fired back at that story and has now addressed the situation.

Fightful reports that Blanchard told them:

“I really don’t know where the story started, but it’s a bit humorous. As cool as would  have been to workout at the PC after the MYC and create some scene with my ex…I wasn’t there and it never happened. The reason for me working with impact is not because I was declined any job offer — it’s only because that’s what my gut and my heart were telling me to go do. That’s the only story, a woman that isn’t rushing into anything for a paycheck or for fame.. but a woman that just loves pro wrestling,”

It is great that she addressed this situation so we finally have an answer. Now this long-standing rumor can be put to rest. According to Tessa Blanchard — who is the only person that needs to speak on this situation — the rumors are false.

We’re happy that this was brought up so fans can stop bringing this rumor back into the public view. Now that Tessa Blanchard has addressed this rumor all she has to worry about now is defeating Gail Kim at Impact Wrestling’s Rebellion pay-per-view this Sunday.