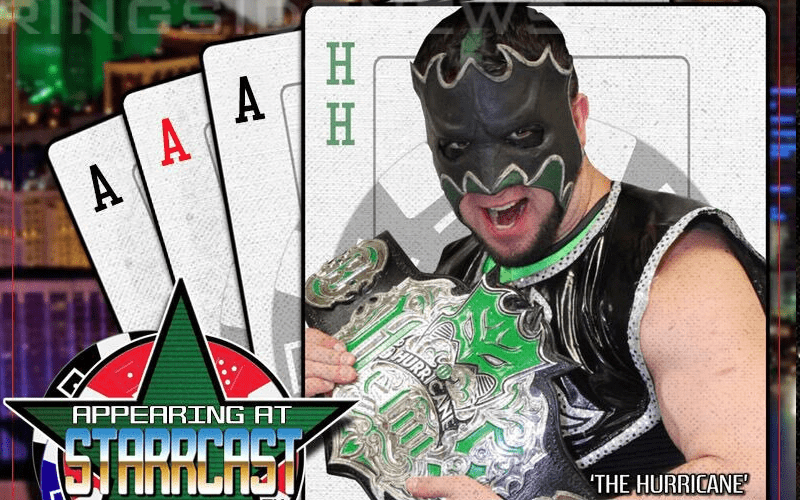 Starrcast is a very interesting event because of how many people are paying attention to who is pulling out of it. The Undertaker and Kurt Angle were previously advertised for the event, but WWE apparently signed new deals with them which gave the company the ability to control their outside appearances. So both legends were pulled from the show.

WWE did make a consolation with Starrcade by letting them have permission to air lost footage from the 1980’s that was found in Bret Hart’s personal archives.

The Hurricane was also announced for Starrcast, but he was apparently quietly taken off of the list as one fan said: “Was supposed to meet you at the met and greet and they said you canceled your meet and greet.”

Shane Helms is a producer for WWE now so he is on the road and has a very busy company schedule. However, he said that it was his call to cancel his Starrcast event due to his busy WWE itinerary.

No, I couldn’t do it because of my WWE duties that week. That was my call. WWE still allowed me to wrestle at the Supershow so that I could fulfill a bucket list match of mine and team with Jushin Liger and X-Pac.

WWE did let all new producers fulfill their previously committed engagements which included a dream match for Shane Helms. However, apparently Starrcast was something that he decided was an impossibility due to his new gig with WWE.