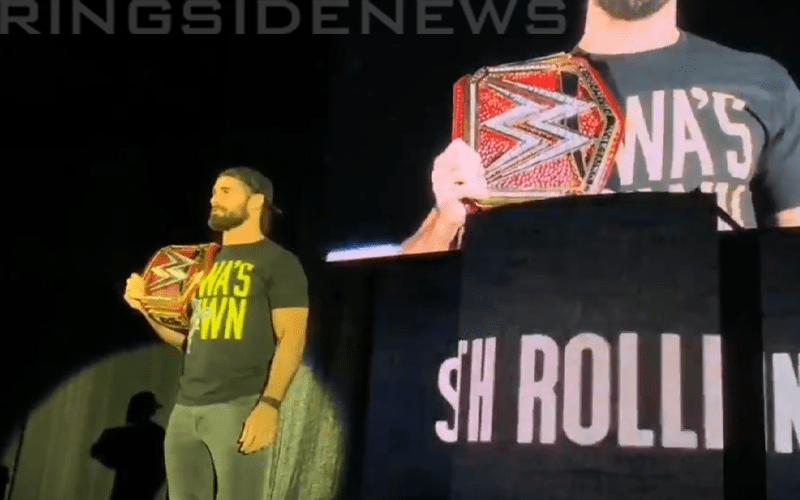 Seth Rollins is a former NXT Champion, in fact, he was the first-ever NXT Champion. So NXT holds a very special place in his heart.

The Beast Slayer is now the WWE Universal Champion and he wanted to pay NXT a visit because they were rolling through a place that is very special to him. So when NXT visited Davenport, Iowa they got a very special treat.

Seth Rollins’ music hit and as you can see from the video below the crowd was more than excited to see him. There were plenty of people yelling: “Burn it down!” before he entered the arena with the WWE Universal Title over his shoulder.

Rollins showed up in his street clothes so he wasn’t prepared to wrestle. It was still a big surprise for this particular live crowd who got to see The Architect as Universal Champion in this surprise appearance.