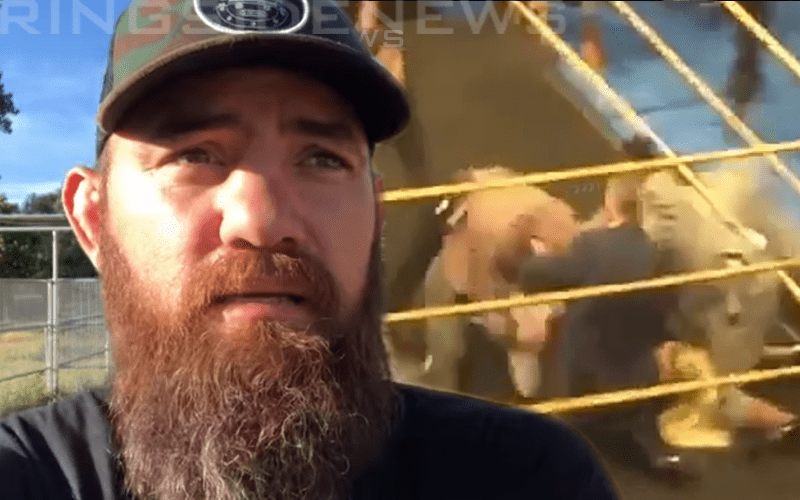 Bret Hart’s WWE Hall Of Fame induction speech was rudely interrupted by a crazed fan rushing the ring to tackle The Hitman. What this guy didn’t realize is that the ring was surrounded by trained fighters who took a lot of joy in making him pay dearly for his disrespectful actions.

Travis Browne was one of the first people who hit the ring. In fact, Browne had his hands on Hart’s attacker even before the two-time WWE Hall Of Famer hit the mat.

Rouse Rousey’s was extremely proud of Travis Browne’s actions and she gushed about him online praising his heroic behavior. Recently, while hanging out with his goats at Browsey Acres, Travis Browne decided to go into some detail about that night.

He said there is a trend where people do these acts and “they get almost immortalized in our media for the negative things that they’ve done instead of going out and making positive changes in the world.”

Browne said the ceremony should have been all about the Hall Of Famers and Hart’s attacker should never be mentioned again by name. “This guy needs to disappear and go back to the nothing in which this piece of sh*t was born.”

Travis Browne then thanked fans for all of their support. He really did act like a hero at the WWE Hall Of Fame when he just showed up to watch a show and pay respect to legends.