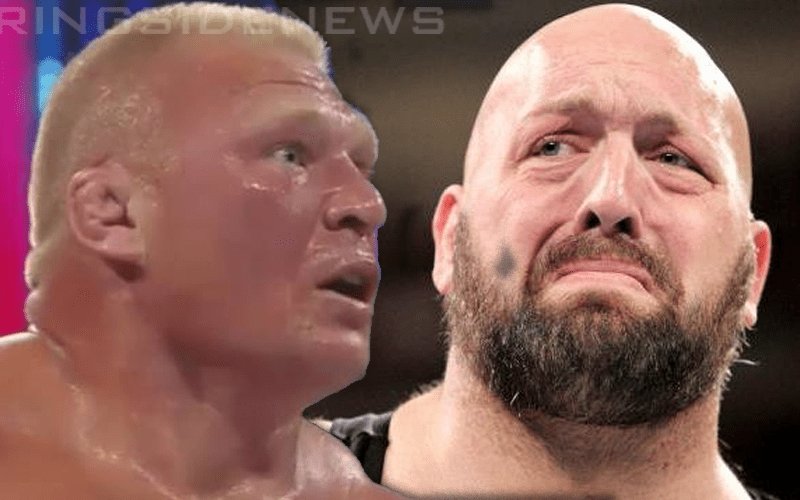 Brock Lesnar saw a lot of time on the road during his first run with WWE. It was one of the reasons why he ended deciding to pick a different career. Now he is back and getting to work under his own contracts as he recently explained to Rod Pedersen.

During that interview the The Beast Incarnate also told a rather amusing/ horrifying story about one event in South Africa where The Big Show wasn’t feeling very well.

Big Show is a true professional, so he carried on with the match anyway. Unfortunately, Brock Lesnar learned the hard way that it’s not a good idea to slam a giant with stomach issues.

Before long he was doing 300 shows per year around the globe and while he was making millions, it became a real grind. However he was never afraid of hard work. Lesnar told the amusing/disgusting story of how, one night during a show in South Africa, The Big Show had food poisoning. Lesnar slammed him to the canvas and his opponent exploded with diarrhea all over him!

This is a pretty chilling account of the events and we can only imagine what the people were thinking if there was a match after The Big Show pooped in the ring.

It might be comical now, but an issue like that could have gotten serious as several Superstars have become very ill on overseas trips in the past.