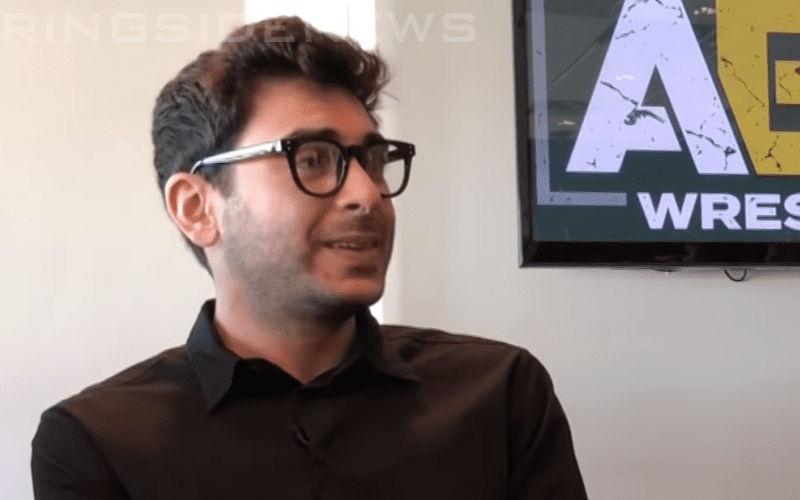 All Elite Wrestling will have some big decisions to make as they continue to form their roster. A lot of people are wanting to be a part of the new promotion, but they don’t have room for everyone.

As Tony Khan spoke to Chris Van Vliet, the idea of AEW’s roster came up and the fact that they only have so much room was an obvious issue.

Tony Khan said that this is where he is the “bad cop” a lot because they can’t hire everyone. He said there are a lot of very talented wrestlers out there who aren’t signed. There are also some wrestlers who are signed elsewhere that would like to join them. However, he can’t taken them all.

Khan went on to say that they aren’t WCW and one of the problems that World Championship Wrestling faced was such a large roster. They had a lot of very talented people with big money contracts and to try and chop that roster down would be difficult. However, this was one of the ultimate stumbling blocks for the company.

“People ask about a lot of performers all the time and we’ll certainly look and consider to take people on, but look at the roster we have right now. There are so many talented people on it and we’re committed to who we have and we’re already committing our resources to the people we signed and it would really be a disservice to them and to our fans and the bottom line of the company to move our resources away from the people we’re already committed to.”

“There will be opportunities to take on new talent, but right now we have such a great roster we could just talk all day.”

Khan said they can’t hire everyone that they like or everyone that is good. Because the fact is that there are a lot more people out there who meet those criteria than they have room for.

AEW is generating a lot of buzz and Tony Khan fully expects to not only present the best quality of pro wrestling on television, but he also wants AEW to have a roster that reflects that idea.

We will have to wait and see who they end up signing from this point on, but they might need to start being very picky because you really never know who might come around in the next few months from outside the indie wrestling world that could become major players in AEW if they have room for them.