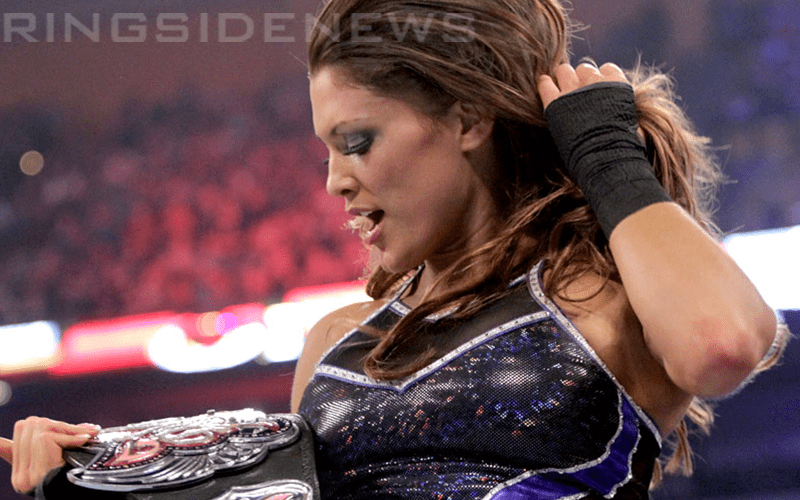 Former WWE Diva Eve Torres recently revealed via social media that she is the victim of rape. This event took place a decade ago, but the memories are still apparently quite vivid for the 3-time WWE Divas Champion.

“It took me 10 years to admit to myself, and then to others, that I was a survivor of rape,” Torres wrote in a revealing Instagram message. She said that it took place “on a night with mutual friends, alcohol, and while I was out of town in an environment that was unfamiliar to me.”

She said at the time of the assault she “used all of these circumstances to tell myself that I had participated in the act, when in reality, my verbal and physical resistance indicated otherwise.”

She said it is common for women to believe that just because they don’t fight men off that it doesn’t constitute rape. This is not the case.

Torres carried on with her message to say that through her experience she hopes to empower other women who have been through the same thing.

Along with his message, she wrote the following caption:

It is still Sexual Assault Awareness month, and I felt it was important to share this. For some, it takes decades and many life experiences to truly process what has occurred in our past. I didn’t tell anyone about my assault for over 10 years, likely because of shame, shock, denial, and an inability to come to terms with it. I thought surviving an assault would become my “identity,” and what I thought that meant at the time challenged my beliefs about who I thought it was. I now know this is far from the truth. ⁣
⁣
I know many women (and men) have still yet to processes many parts of their past. One might think that after 10 or more years, the wounds have healed, but while wounds left unattended can heal, they leave scars that exist with us for life. It is never too late to talk to someone about your past. It’s never too late to start healing. I will create space for you if you would like to talk to me. ⁣
⁣
Leave a 💗 below if you are open to listening to your friends and family about sexual assault. ⁣
⁣
Or, you can contact RAINN.org ⁣
1-800-656-HOPE ⁣

This is a very sad story to hear. Thankfully, Eve Torres was able to overcome this horrible event and carry on. With her story hopefully, she will be able to help even more women get through some really dark times as well.