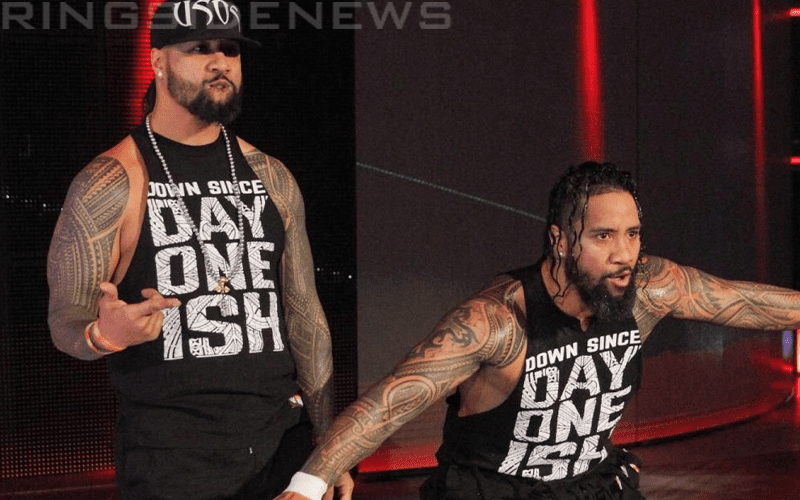 WWE Superstars have lives outside of the ring and although it is more seldom nowadays than it was in the past some Superstars can sometimes find themselves on the wrong side of the law.

The Usos said “the party is over, don’t drink and drive” during their promo on RAW this week. This was an obvious reference to their history of drinking and driving.

Jimmy Uso was not arrested for a DUI when he was popped for squaring up with a cop in Detroit. However, he was still arrested. His brother Jey was previously arrested for DUI though which is why this remark was so curious to make. Jimmy has had his run-ins with DUI charges in the past though.

At this time it appears that The Usos will be working with The Revival in a rivalry that everyone should be excited to see.

The Usos obviously had permission to make this comment on RAW about drinking and driving. If anything, it could be interpreted as a PSA because they were telling people not to drink and drive.

WWE scripts their promos and they wouldn’t have allowed them to make a reference to something that they didn’t want on television. It wasn’t extremely blatant, but those fans who understood the context were certainly taken back by this remark.