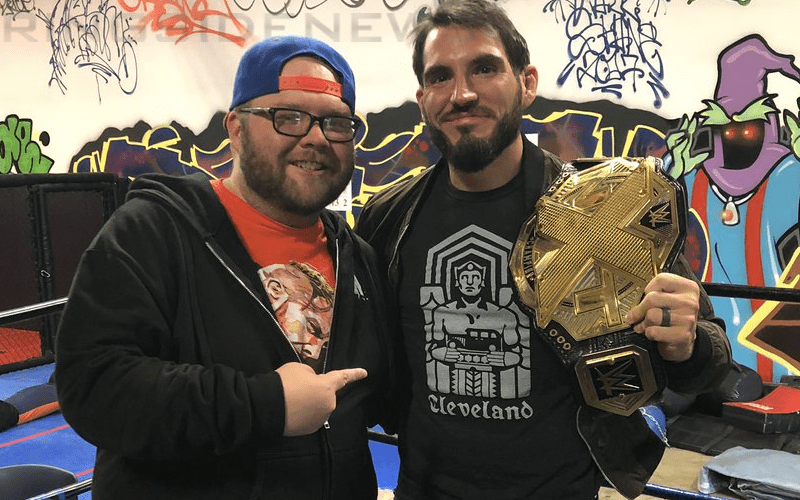 Johnny Gargano started out his pro wrestling career with many people thinking he didn’t have what it takes. He was undersized after he was a chubby kid, but he kept up and did not lose sight of his goal. Now Johnny Wrestling is NXT Champion and he recently returned home to Cleveland to share his accomplishment.

Gargano made a promise to his home promotion AIW that he would return with a title and that is exactly what he did. John Thorne, top dog of AIW tweeted out a few pictures of Johnny Wrestling as he brought his title to AIW’s training school to give these students a moment they’ll never forget.

Pretty cool moment tonight at the AIW school as Johnny Gargano fulfilled his promise and brought the NXT title back with him to Cleveland to share with the students of the school. No matter what happens to them as wrestlers tonight was a night most of them will never forget

Johnny Gargano might be the NXT Champion now, but you never know if WWE will present him with an opportunity that he will jump on to capture an even bigger title in WWE by the time his journey is over.

It was still a pretty great moment for Johnny Gargano to share with his home promotion. Hopefully, he will be an inspiration for others who are where he once stood starting his career in pro wrestling as an underdog in Cleveland.